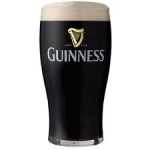 As a frequent visitor to Maui, our first stop is always Costco to load up with groceries and drool at the extensive selection of beers. Enroute to Shipshewana we stopped at a Chicago Costco, but they only had about 1/2 an isle of beer and it was all that yellow stuff, some of it was even labelled “Lite”. Imagine No real beer, no way I am wasting money on that stuff, so I’ll have to go shopping when we get to Shipshewana.

Read on for our experience in Shipshewana, surely it couldn’t get any worse.

Having survived Chicago motorways we finally arrived at Shipshewana after a total of about 2,500 miles. When checking in I asked where the best place was to go to pick up some beer locally. The answer almost floored me – “I’m sorry, but this is a dry county”. You have to drive out of Lagrange County to purchase any alcohol.

By the time we got set up it was rather late to be driving around looking for shops, so we decided to hold off until the next day. We need a couple of things, so decided to head to Elkhart, which is about 30 miles away. Found the Walmart, who saved the day, as they had a case of Guinness and also an India Pale Ale, which was light, but had lots of flavour.