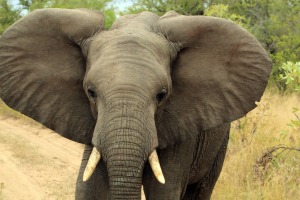 This morning started with the customary 05:30 wake-up call from the on-duty Ranger. Once dressed we headed out for the 250 to 300 yard walk along the path to the lounge area. It isn’t too bad during the day, but in the dark of night, we never felt overly comfortable, although we know we could always phone for a Ranger for an escort. A quick cup of Ceylon Tea and we were off to climb aboard the vehicle.This morning turned out to be one of those barren days with no animal sightings for over an hour, but the drive alone was interesting while we enjoyed the scenery. This was our first sighting at shortly after 07:00. 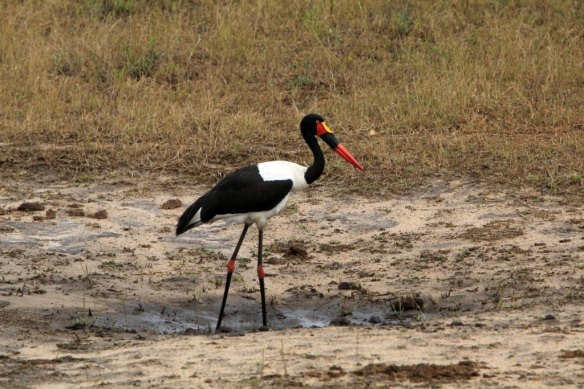 Next we came across a mother Elephant and her kids. The mum had a shorter trunk, which Cedric speculated may have been caught in a trap, resulting in the loss of the end few feet. Fortunately, she has adapted well to the shorter trunk. 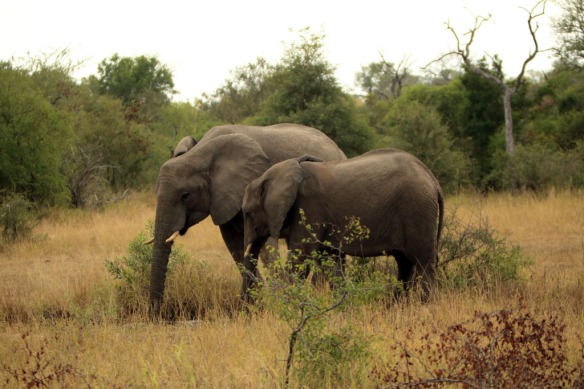 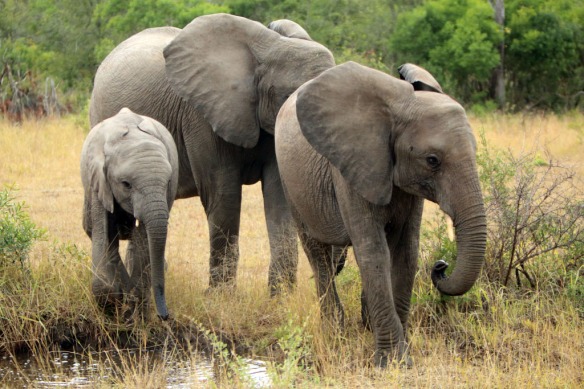 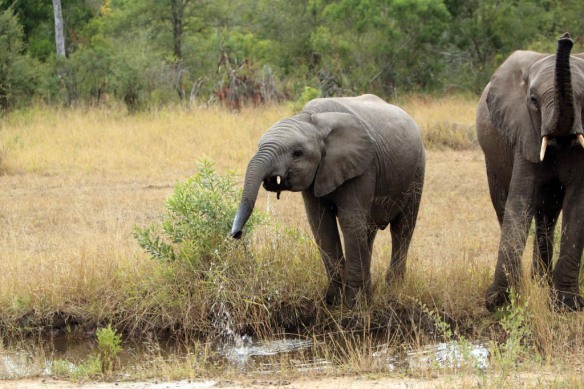 Elephant baby playing in the water

Shortly after the mum and 2 kids disappeared into the bush, a juvenile male arrived on scene. On clearing the tree line he stopped to watch us and then started to charge in our direction, although he was still some distance off. He then stopped and started to show off by trying to push over a tree.

He then meandered around behind our vehicle and started watching us intently. Cedric advised us not to make any quick movements, while he stood up and stared the elephant down.

During the staring contest he was about 20 to 30 feet behind the truck, before finally backing down and departing our location. Cedric explained that we were here first, so the elephant came into our space and had to back down. An interesting experience and very similar to the teachings of Caesar Milan, the dog trainer.

When the elephant departed we continued to locate a clearing for our ritual of morning tea and coffee in the bush. As usual, Cedric and Derek set up the table and made tea or coffee for everyone. We enjoyed the refreshments and the company of the others.

Packed up, we climbed aboard and started the return journey to the lodge. Enroute we spotted the following. 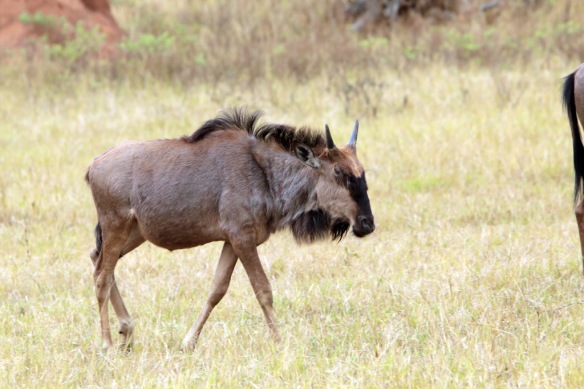 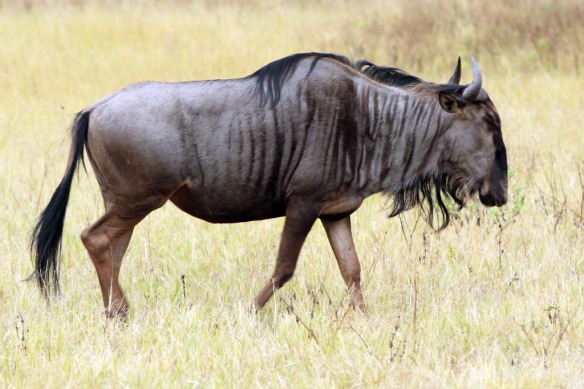 Wildebeest male walking along by the airport

Cedric and/or Derek then received a report of a male Leopard, so off we went in hot pursuit. This again required driving through the bush, but it was much easier going than the previous day. Driving around a tree, Mark and I both saw the Leopard about the same time and reported the sighting to Cedric, who responded thanks, but Derek and him had seen it long ago. Guess we won’t be hired as Rangers.

It was a male Leopard and Cedric reports it is the father of Shadows cub. 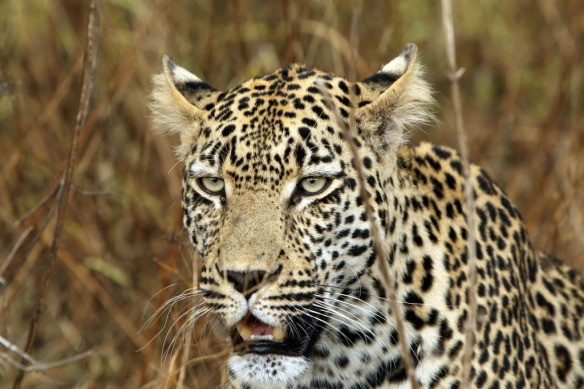 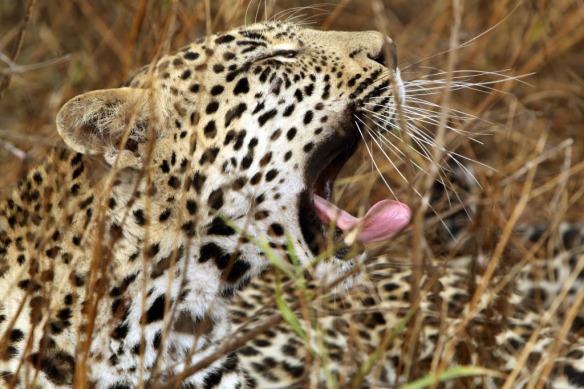 Leopard male having a scratch

After about 15 minutes he had enough of us watching him, so up he got and meandered down towards the water hole. We headed back to the lodge and saw this hippo at the watering hole.

Hippo swimming in the water hole close to the Leopard sighting

The return to the lodge was uneventful, with no further animal sightings. The warm towel on arrival, was again appreciated, and then it was off for a hearty breakfast.