Our first of many sea days, on this 104-day voyage of a lifetime. It is 11 years since we have sailed on Dawn Princess, a sister to the Sea Princess, so today is an excellent opportunity to re-learn this class of ship and establish a routine for the many sea days ahead. Read on for a narrative of our daily activities and the initial photographs.

Sea Princess maintained generally Southerly courses through the South Pacific Ocean, for most of the day. On rounding Cape Howe, course was altered to South Westerly towards the Melbourne approaches.

For me the day started bright and early, down on Deck #7 (Promenade Deck), completing my daily walk. A rather chilly and windy morning, with the ship moving briskly in a good swell, resulted in only the diehards out walking this morning. Attired in my usual shorts and t-shirt, I set a good pace to stay warm, while others looked like they were dressed for the Arctic, or more correctly Antarctica in this Hemisphere.  I survived about 1 hr and 15 mins then headed up to the cabin, which was perfect timing, as Judi had just woken up and was getting ready for breakfast.

During the cruise we have been promised a number of premium and exclusive World Cruise mementos!!! The first of these were delivered by our room steward when we returned from breakfast. The ship coloured yellow represents the complete world cruise and a white ship is for those completing segments. 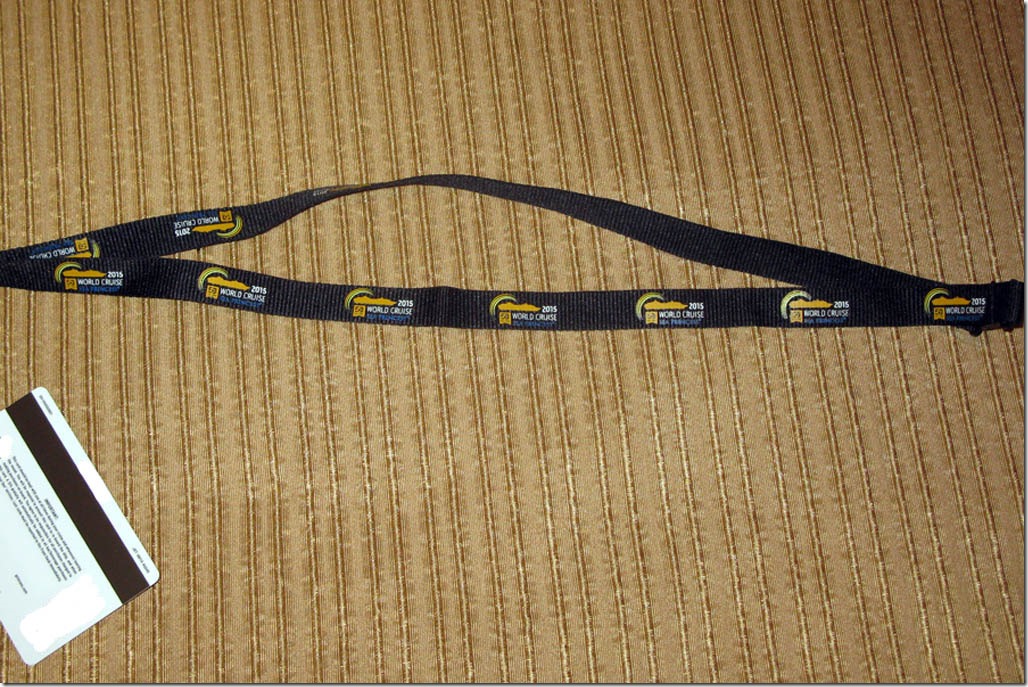 We prefer breakfast in the dinning room and were sat at a table of 8, all of who were from various areas of Australia. After a light breakfast and some great conversation, it was off to our first daily activity – Zumba. Yep, and even I participate. Judi took a rain check due to the ship’s movement, but I got stuck in for the entire session. She must have gone easy for the first class, as I survived to the end. Great exercise and OK music, and I’m not even the only bloke. After a quick shower we were off to our next activity – AM Trivia, where we compete for really very cheap, plastic prizes, than generally originate in China. We formed a team of 6, with another couple and a couple of single ladies, one doing the entire cruise and the other disembarking in Dubai. Wow, what a terrific team, as we were joint winner with 14/20. Unfortunately, or probably fortunately (considering the prize) we lost the tie-breaker. I will include a sample of the questions, so please feel free to respond in the comments section with the answers. Prize awarded for most correct answers at the end of the cruise, but it will be even cheaper than the ship prizes.

Q3) What year was India partitioned into India and Pakistan

Q4) Chiffon,marble and bunt are types of what

Devastated from missing out on the cheap Princess water bottles, that tend to leak, we had to go drown our sorrows at the British pub lunch. Judi had fish and chips, and I had bangers & mash with onion gravy, washed down with one Princess Seawitch IPA (India Pale Ale). A very pleasant ale with tons of flavour and a robust 6% alcohol.

Afternoon was back to Trivia, for another attempt at winning really cheap prizes. Our score improved to 15.5/20, but the winning team scored 19. A few of the questions were:

Q3) Who is Super Mario’s brother

The answers will be posted on a future blog post. 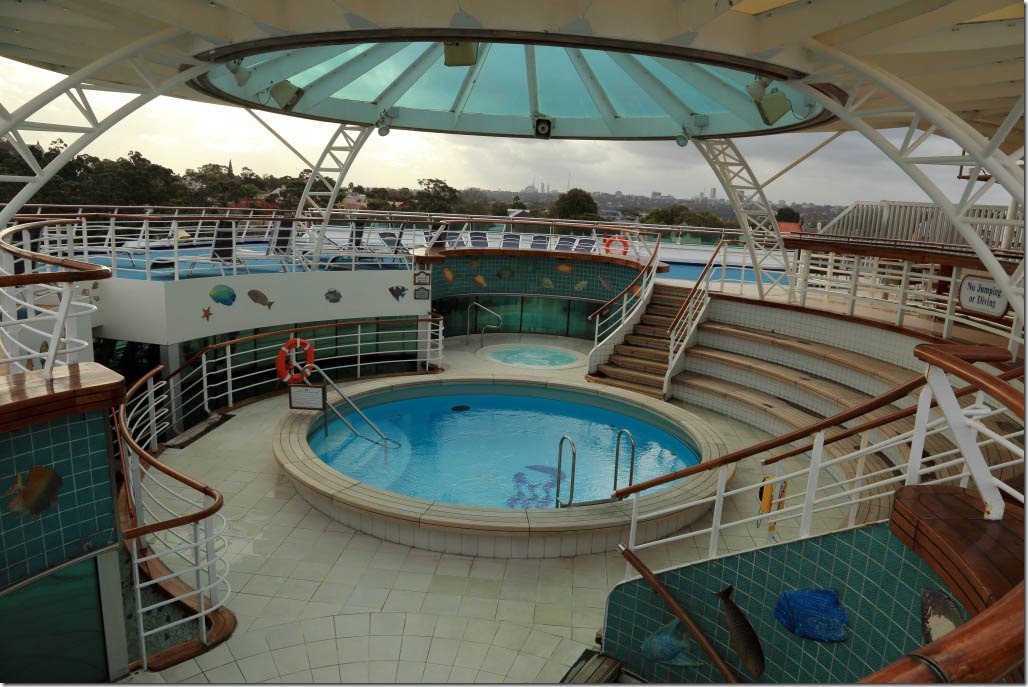 After dinner we attended the evening show, which was a trio of vocalists. Originally all from the Philippines, they now reside on the Gold Coast and work extensively on cruise ships. Their name is Lions Den and they put on an excellent show. Great music from the 60’s and 70’s.

Unless I can get internet access ashore I am unable to respond to any of the comments, but please keep them coming. Shipboard internet is extremely expensive and slow. I did note a question about Lufthansa, and yes I have flown with them a few years ago from Frankfurt to Vancouver. They were excellent and the thing I recall most is the business lounge in Frankfurt has beer on tap – self service.