Melbourne is our first of many ports of call, over the next three and a half months. We are planning to spend a few days in Melbourne post cruise, so today we embark on a tour, which includes a city drive and cruise along the Yarra River. Hopefully this tour will provide some idea of where we should visit post cruise. This post will focus on our day aboard the Sea Princess and I will create a separate post for the tour.

In the early hours of the morning, Sea Princess steered North Westerly courses towards the Melbourne Pilot Station. The pilot embarked at 04:00 and shortly thereafter the vessel entered Phillip’s Bay, when a Northerly course was set towards the port of Melbourne. Approaching her assigned berth shortly before 08:00, the Captain turned the vessel around, with the bow facing seaward and berthed port side alongside.

Once all passengers were aboard, including a couple of tardy souls, Sea Princess commenced singling lines about 17:00, or about 1/2 behind schedule. Once the mooring lines were let go, the Captain thrust Sea Princess off the berth and proceeded out of harbour along the buoyed channel. Once clear of the harbour, Sea Princess increased speed and steered Southerly courses. The pilot departed about 21:00, at which time Sea Princess altered to Starboard and set a speed for arrival Busselton.

Melbourne, situated on the South Coast, at the mouth of the Yarra River in the large natural bay of Port Phillips, it is the capital city of the State of Victoria. Renowned as being the world’s most liveable city since 2011, it is a leading financial district and is Australia’s 2nd largest city, after Sydney. We are proud that Vancouver is listed as the 2nd most liveable city, as our quick tour today showed us nice wide streets, numerous parks and other green spaces and an abundant and well preserved heritage. Melbourne definitely beats us as #1 liveable city from what we observed today.

Beautiful parks and gardens along both sides of the river

Founded at the end of August 1835, in what at that time was New South Wales, it was incorporated as a settlement in 1837. The serving Governor of New South Wales named the settlement in honour of the then British Prime Minister, William Lamb, 2nd Viscount Melbourne. Declared a city by Queen Victoria in 1847, it then became the capital of the newly formed Colony of Victoria in 1851. From about 1850, the 30-year Victorian Gold Rush resulted in rapid growth and Melbourne being one of the world’s largest and wealthiest cities, at that time. This wealth resulted in the construction of numerous classic theatres. From 1901 until 1927, it served as the capital city of the newly formed nation of Australia, until the seat of government transferred to Canberra.

It is currently the fastest growing city in Australia and is renowned for its visual and performing arts. 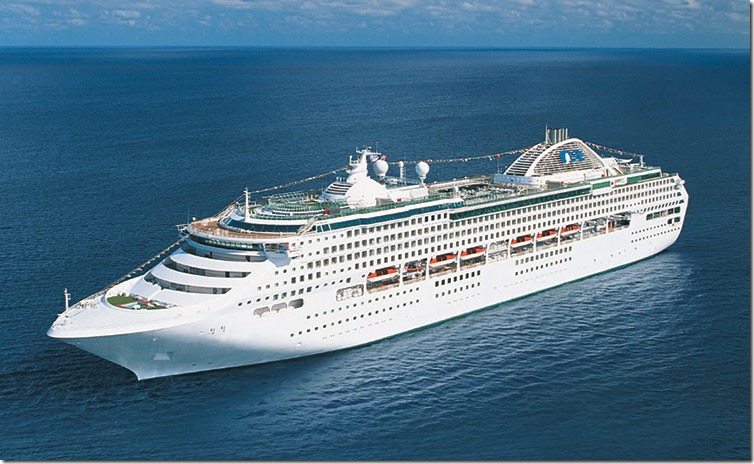 Since arrival Melbourne wasn’t until 08:00, I commenced the day at my usual time, out walking on the Promenade Deck by 06:00, getting an hour and slightly more than 3 miles completed before getting Judi up for breakfast. We prefer the dining room rather than the buffet, as in the dining room the crew take charge of portion control and we have an opportunity to meet and chat with other passengers. Judi had her usual cold cereal, but I broke tradition and tried the Eggs Benny. It was actually a rather fine choice.

With a tour meeting time of 08:45, after breakfast we returned to the cabin, grabbed everything we needed for the tour and headed down to the Wheelhouse Bar. Shortly after arriving, our tour was called so it was time to head to the gangway and eventually the bus. More about the tour on a separate post.

On our return to the ship at 13:30 we were starving, so with no restaurant lunch on port days, we headed to the dreaded buffet. Judi had pasta, while I had fish with Madras Curry. We joined another couple at a table, enjoying both the conversation and views of Melbourne. After lunch we had planned to head ashore and find a coffee shop/pub with internet access, but on the return from the tour, I didn’t see any possibilities. The ship was also docked a fair distance up the pier, so it was a healthy walk, just to reach the shore. Plan B evolved into working on the blog and photographs in the cabin, until time for PM Trivia. We lost a couple of team mates in Melbourne, but gained a couple of new members. We scored a consistent 15/20. A sample of the questions are:

Q1) How many Oscars did Alfred Hitchcock win?

Q2) What is the furthest West letter on a type-writer?

Q2) What causes dimples – Genetics (We were wrong, putting muscles)

Q4) Chiffon, marble and bunt are all – types of cakes (Correct)

Q5) Which sense deteriorates first with age – smell (we put sight, possibly as I am the only one that doesn’t wear glasses)

Q1) Where would you go if turn 2nd right and straight to morning – never, never land (correct)

Q3) Who is Super Marios brother – Luigi (we put Giuseppe)

They had scheduled two shows this evening, so after trivia we took our leave, returning to the cabin to prepare for dinner. While preparing for dinner, we received a knock at the door and found a steward bearing tray loaded with chocolate covered strawberries and a very nice bottle of Old Vine Zinfandel, compliments of the Captain. Judi isn’t partial to strawberries, so she had the chocolate covering from a few of them and I enjoyed strawberries, regardless whether they had chocolate or not. Oh, did I forget the wine, hic!!

The first show was in Princess Theatre at 18:30, a singer from Sydney called Nathan Foley. Wow, what a terrific show. Nathan is multi-talented, being an excellent singer, guitarist and pianist, performing a variety of songs from the 1950’s through 80’s. Although mostly a high energy and tempo show, he also slowed it down at times with a semi-classical number. The show opened with a high energy Crocodile Rock by Sir Elton John, which was immediately followed by Roy Orbison’s Pretty Woman. The entire Theatre was alive and jumping. For his 2nd piano number we received a very realistic Great Balls of Fire by Jerry Lee Lewis. Brilliant show and we will definitely return for his following performance in 3 days. 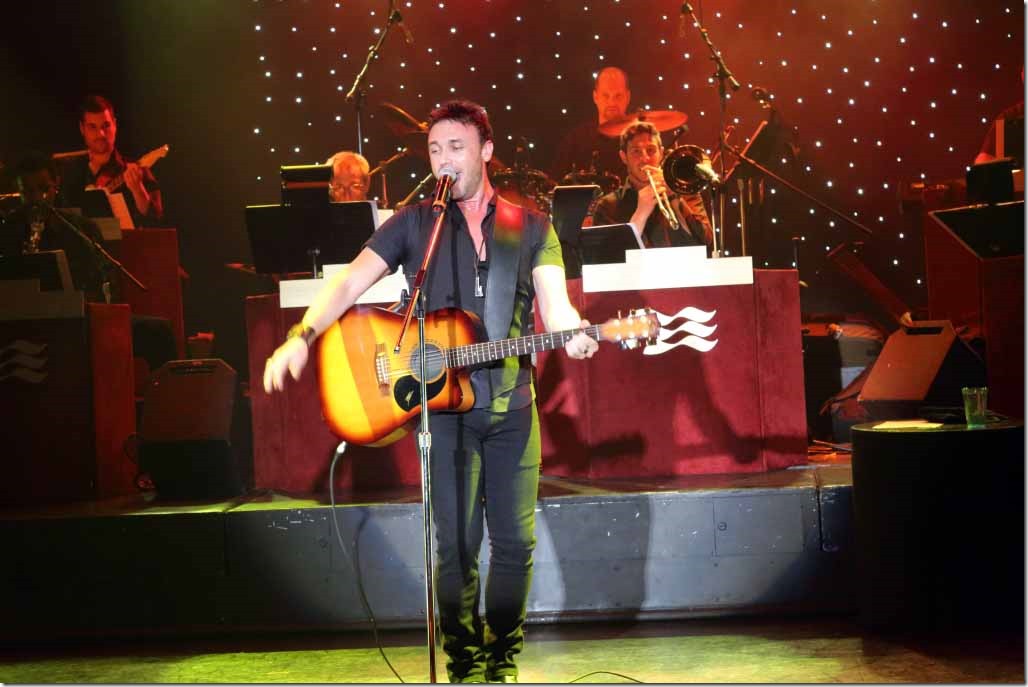 At dinner tonight our table is finally full, with the late arrivals coming from Auckland. Judi enjoyed a pork loin chop, while I tucked into nice large prawns. I noted a comment for info on the dinners, so in future I will try to get a photograph of the menu.

After dinner, 4 of us headed to the 2nd show, Simon McKinney, a comedian from New Zealand. I am used to comedians hitting the audience hard right from the start with some brilliant punch lines to get the audience participating. Simon really started at a snail’s pace, which resulted in me having a few quick naps before he got his first laugh. Basically, his humour encompassed ridiculing various nationalities and was targeted towards the majority of the audience. Subsequent conversations determined that most of the passengers, who are predominantly Australian loved the show. We will however skip his next show.