This is the 2nd of seven sea days from Fremantle to Colombo and the activities are coming thick and fast, with a number of things that interest us being double booked. Oh well, we can always catch the ones we missed when they are repeated in a later segment of the World Cruise. Read on to check out our busy day.

Sea Princess maintained a NW’ly course at 18 kts through the Indian Ocean, bound for the Port of Colombo pilot station.

Sunrise in the Indian Ocean 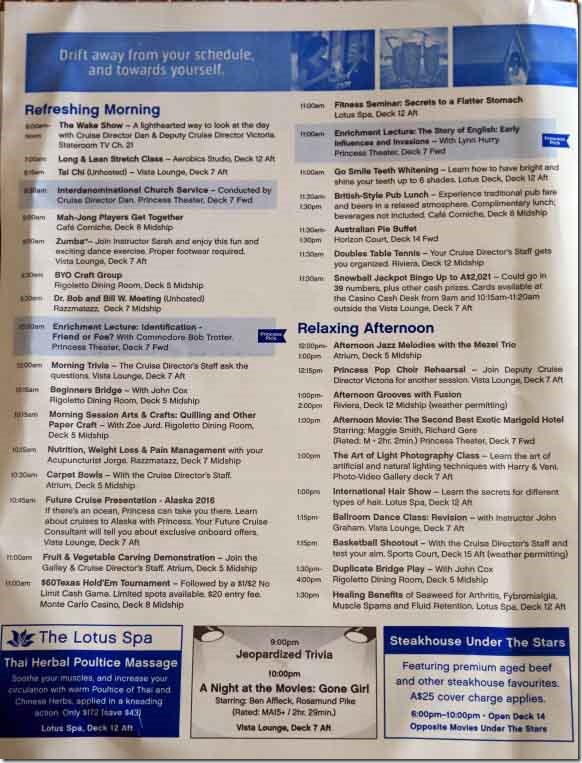 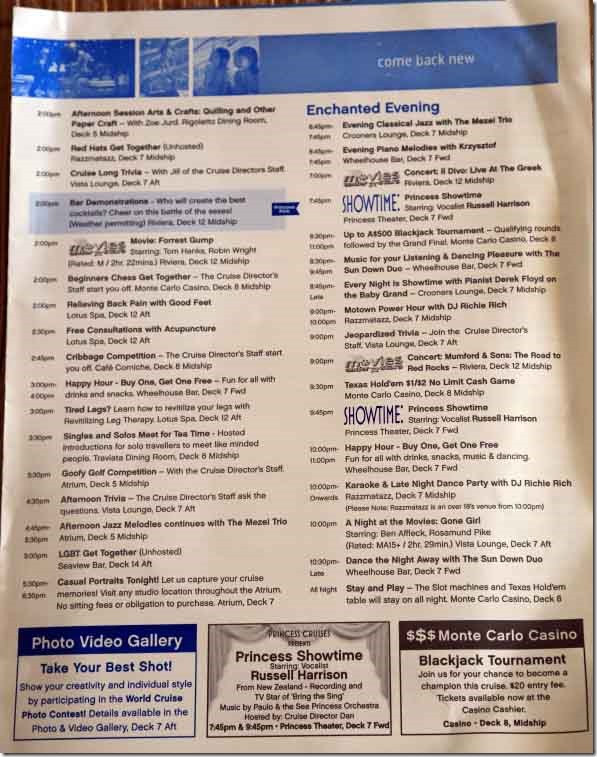 Based on the daily schedule, we plan on attending:

My day started, as usual, down on the Promenade Deck shortly prior to 05:45 and yet again a few others had beat me to the walking routine. In fact shortly after 06:00 the deck was actually rather busy. Fortunately everybody is going in the same direction, which is a perfect segue into another sea story. In all my years at sea (38 years) convention has walking laps on the Promenade Deck in a anti-clockwise, or in the same direction as a running track. Unfortunately, this ship has a sign on the Promenade Deck showing the direction of travel is clockwise. However, most people are like me, and don’t adapt well to change, so walk anti-clockwise. However, in the first few days we did have a few people going in the opposite direction. About the 2nd day, I passed a chap walking the opposite direction at the location of the sign posted showing the direction of travel. He made a definite effort to look at the sign as we passed, to which I smiled and shrugged the shoulders. We also had a single lady advise a group of us that we were all going in the wrong direction. Anyway, I am pleased to advise that everyone has gone with convention and are now walking in the correct direction, no more fish swimming upstream. Completed 17 laps, which is a little under 6 miles.

Sun somewhere behind the clouds. Not the best photo, rather grainy, as I tried the P&S at ISO 800, whereas with the 5D MkIII I routinely use ISO 5000

At breakfast in the dinning room, we had just sat down when our trivia team-mates Bill & Ann joined us, with another couple. The other lady mentioned that she was interested in writing a book about her experiences on the World Cruise. After the usual porridge and extensive conversation we literally had to run from the restaurant to get changed for Zumba. This morning, Sarah stepped up the intensity another notch, so yet again another brilliant workout. Rather than getting easier each day, the intensity is slowly increasing.

On completion of stretching post Zumba, it was off to the Princess Theatre for the enrichment lecture from Commodore Trotter RAN (Retd). 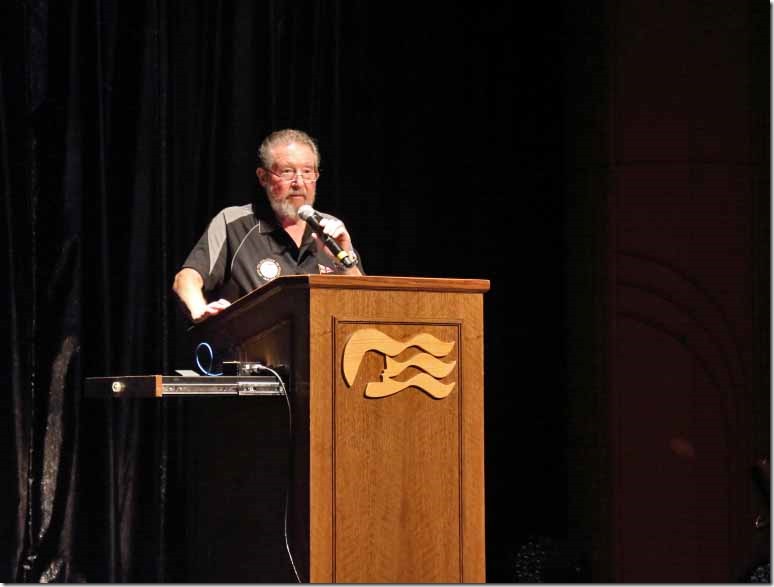 Today’s enrichment lecture was titled, “Identification – Friend or Foe”, which is very topical considering the circumstances of the loss of HMAS Sydney. The HMAS Sydney was lost in a short, but intense battle with a German raider, when she closed to close-range to properly identify what looked like a merchant ship flying a Dutch flag.

Again Commodore Trotter made good use of multiple media, starting with a couple of short film clips. The first was a German propaganda clip showing an armed Battleship (Graf Spey) and armed raider operating in the South Atlantic. The next film clip showed a British Light Cruiser discovering the armed raider, but remaining at a range of many thousand yards, while conducting identification procedures. The apparent merchant vessel was identified as a raider and subsequently sunk before the German vessel could get within the effective range of her lesser guns.

The presentation then returned to the battle between the HMAS Sydney and German raider, showing the difference, as the Sydney closed to close-range. The next film clip showed an animated re-creation of the battle, which showed the German raider fired the first shots and immediately took out Sydney’s Bridge and Gun Fire Control.

While the Sydney, as a light cruiser, out gunned the German raider, the minimal range and element of surprise tilted the battle strongly in favour of the German vessel, which fired over 400 – 6” shells and at least 2 torpedoes, one of which struck Sydney on the bow.

Yet again another excellent lecture and I look forward to the other lectures in the series, especially the ones on submarines. Next up was Pub Lunch, so we headed up to Cafe Corniche. Judi had her usual fish and chips, while I tried the bangers and mash, washed down by a Princess Seawitch India Pale Ale (IPA). 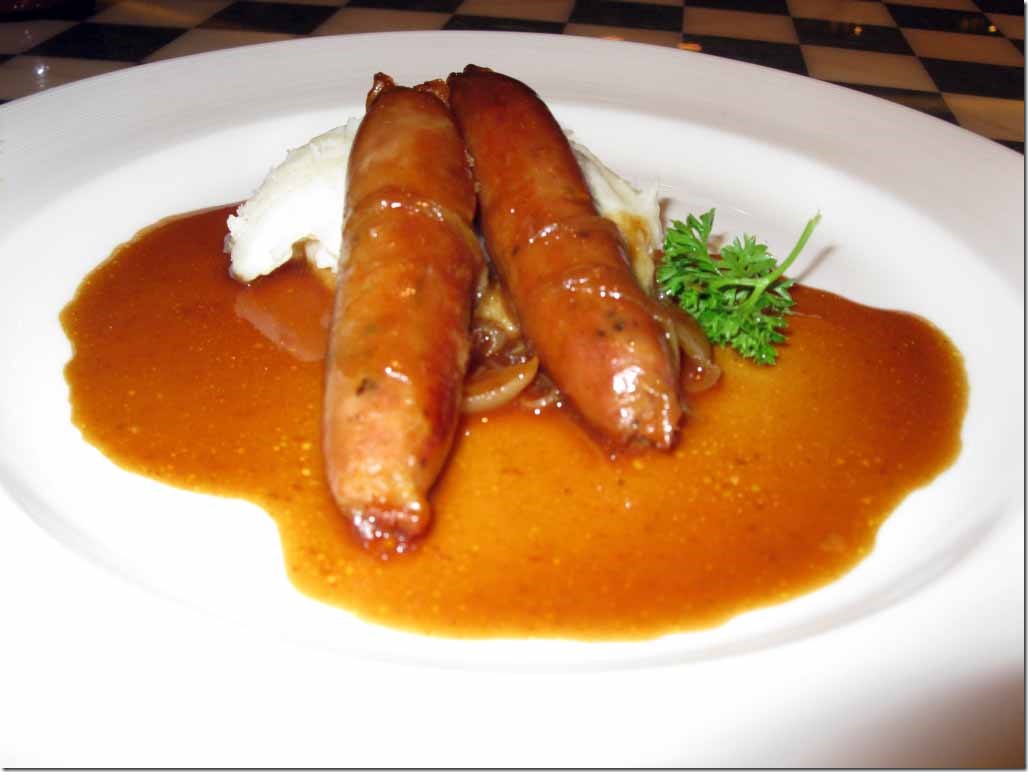 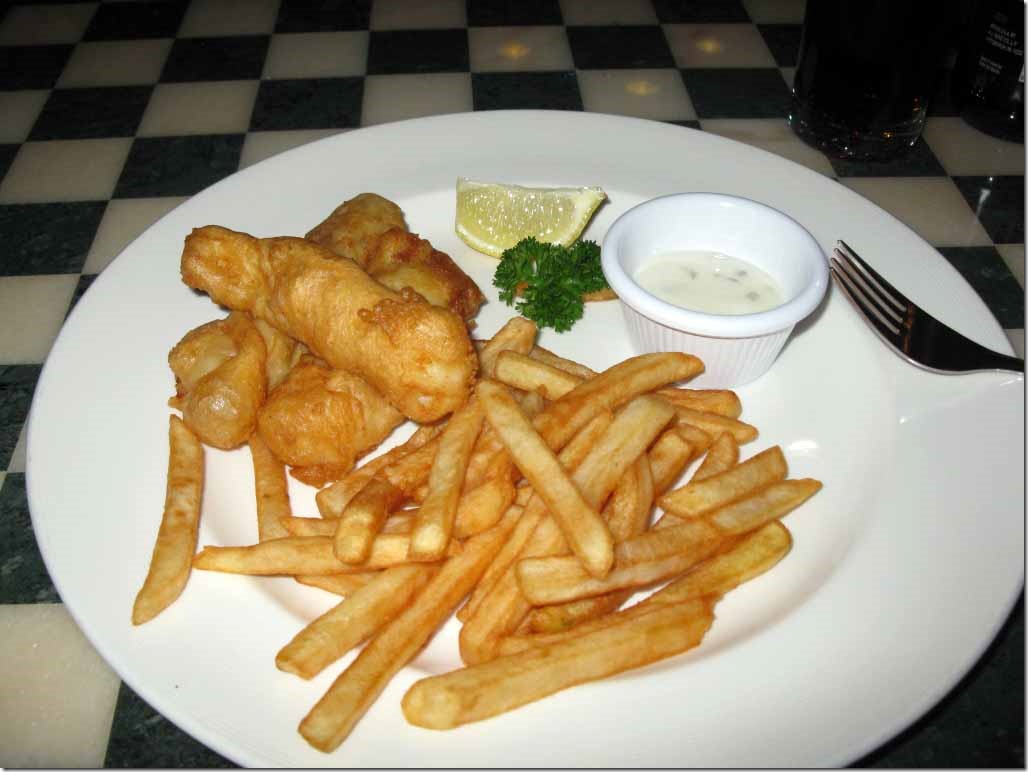 This afternoon the Cruise Director introduced a new World Cruise activity – World Cruise Trivia. We have seen the progressive trivia as both teams and a battle of the sexes. This cruise will be individual teams, with the following rules:

The questions certainly seemed easier than the regular trivia, but we always think we have 100% until the answers are provided. The last question each day is a bonus question, which today was worth 5 points. The bonus question was, within 1 million what is the population of Thailand.

PM Trivia was one of the easier trivia contests, but definitely incurred some trivia teams desperate to win single use Princess LED lights. The first question to raise the ire of a few teams was what is the name for making charts and/or maps. The answer provided was Bactrain, which is actually a type of camel. The next question was, “What is Australia’s de facto language”. As the question did not ask for the official language, I believe all teams responded with – Strine. A young lady from the U.S. dictating to a room full of Australians regarding their language was to say the least very interesting. However, good on her as she stuck to her guns and only accepted her answer.

All 8 of us were present for dinner this evening and after a night off yesterday, Bob was in top form, keeping the table doubled up with laughter. We are getting getting the reputation as the rowdy table. Dinner was also rather pleasant, with both of us having the pork chop, which was huge and cooked to perfection.

While I normally have the fresh fruit platter for desert, the Baklava sounded interesting, more to do with the fact I had no idea what it was. After the description I elected to try it and it actually OK. 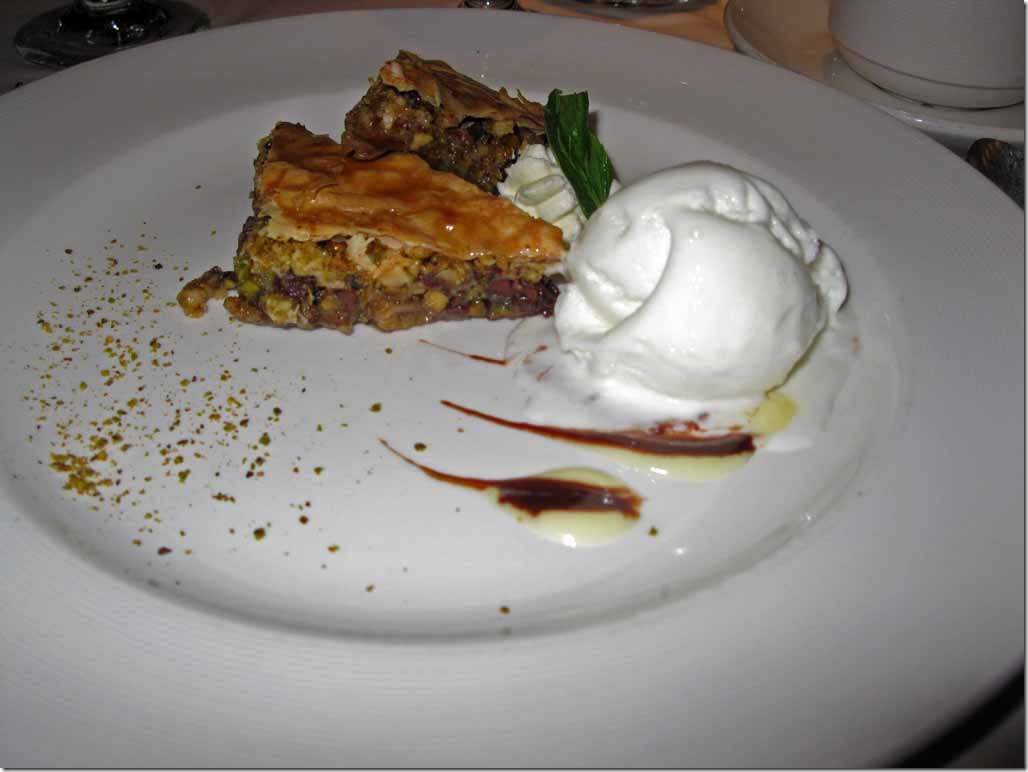 As usual we barely escaped the dinning room in time for the show, which was billed as Russell Harrison, a singing TV star from New Zealand. Only problem is none of the Kiwis had ever heard of him. He turned out to be a reasonable singer and for one of his last songs requested 4 volunteers to join him on stage. We convinced Bob, our outgoing table mate to step up to the stage. What a great laugh, as he completely upstaged the paid entertainer. Had the entire theatre laughing.

Russel Harrison, with our table mate Bob 2nd from the left