Our port stop between the two continents of Europe and Asia, as Istanbul has the sole honour of being the only major city in the world to span two continents. The Bosphorus, which connects the Sea of Marmara to the Black Sea is also the Europe and Asia border. Sitting alongside our berth in Istanbul, looking out the port side we looked at Europe, but from the stbd side we looked at Asia. Today was another long, full day tour, so I will do a separate post for the sights of the Bosphorus and Istanbul.

Shortly prior to Midnight, Sea Princess boarded her Dardanelles Pilot and remained under pilotage while navigating the Straights. The transit was complete about 02:00, when the pilot disembarked and Sea Princess steered ENE’ly courses towards Istanbul.The Istanbul pilot boarded about 09:00, as Sea Princess approached the Bosphorus and Istanbul. Navigating through numerous deep sea vessels, ferries and small craft we secured alongside the Passenger Wharf, astern of MSC Magica about 10:00.

We headed up to the buffet, meeting our table mates Bruce & VIV, for breakfast and watching the early approach to Istanbul. During breakfast the Captain provided another of his excellent navigation and situational updates, including a lengthy discussion on the “Day of the Seafarer”, which is today. The table next to us talked loudly through the Captain’s update and even with requests from all around them to be quiet, they continued. From what we heard the Captain’s speech was excellent, thanking all seafarers, especially those aboard the Sea Princess. As soon as he finished, the entire Buffet erupted in a lengthy applause, all except the morons that talked through his speech. As soon as the applause abated they actually asked what it was for. Everyone around them took great pride in advising, “Day of the Seafarer” and if you had shut up you also would have heard the Captain’s speech.

Wearing a large smile, we headed back down to the cabin to watch the arrival and prepare for the tour. 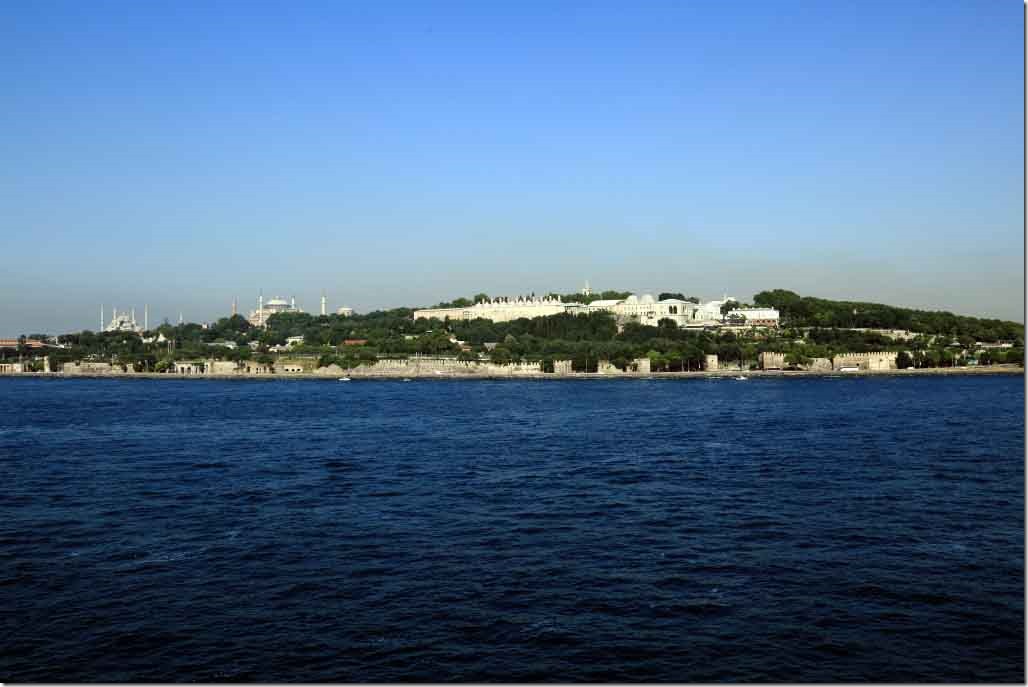 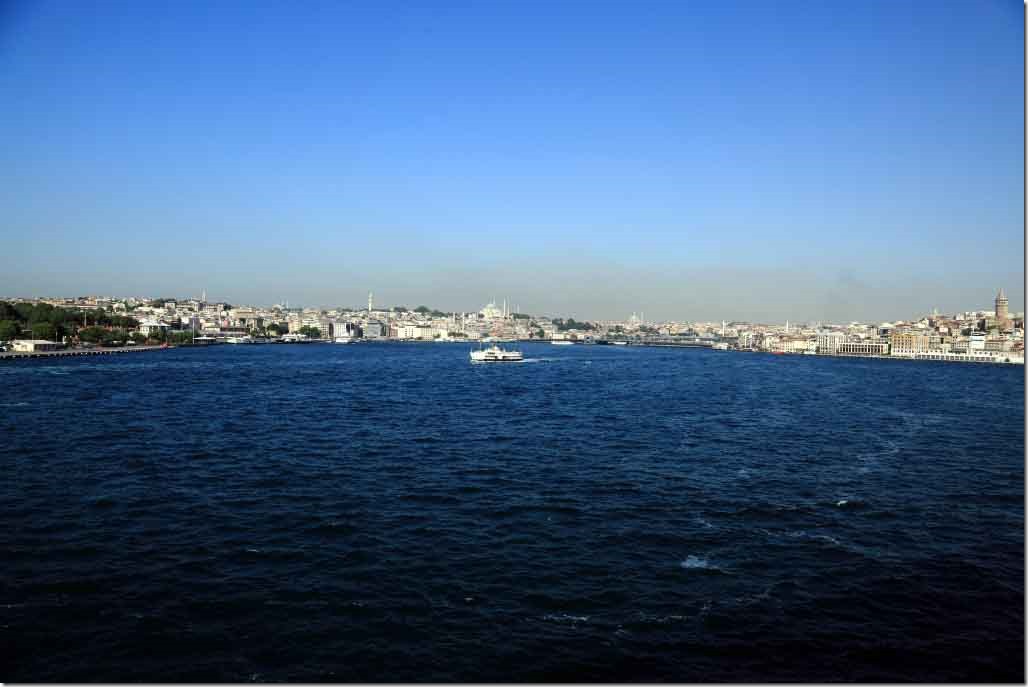 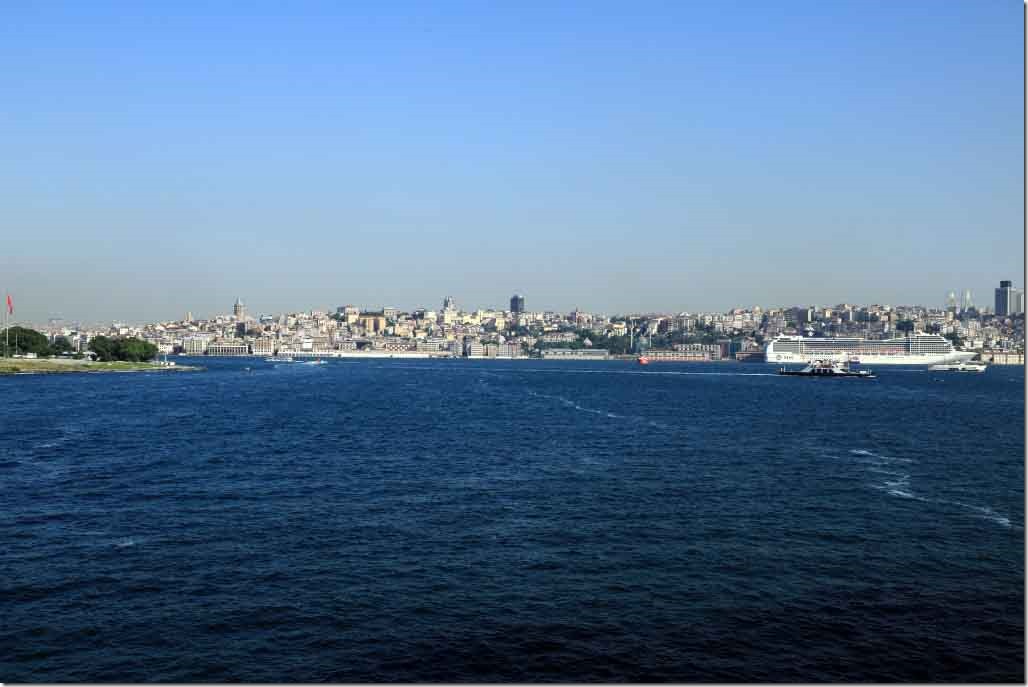 Our berth was astern of the other cruise ship already alongside

After a short wait in the Vista Lounge we were heading to the gangway, with again exceptional arrangements and announcements from the tours department. One of the first off, we were gone all day, returning to the ship shortly after 18:30. Lots of walking on the tour today, followed by a fair hike through the terminal and then along the quay. Judi welcomed the cold cloth and glass of water at the head of the gangway.

Dinner was open seating tonight, so we headed up to the buffet for a quick nibble followed by an early night.