Since we didn’t receive the champagne breakfast we ordered in Southampton, for our anniversary, the Customer Service Manager made arrangements for it to be delivered this morning. Wow, read on to find out about the feast we received. Other than the breakfast, today was just another of the many sea days aboard the Sea Princess 2015 World Cruise.

Sea Princess maintained a S’ly course at about 18 kts, following the U.S. east coast until abeam of Cape Hatters Light, when course was altered to SW’ly towards South Carolina and the Charleston Pilot Station.

My exercise routine started shortly before 06:00 on the Promenade Deck, where I walked for just over an hour, completing 10 laps or a little over 3 miles. Planning to attend Zumba at 09:45, I cut my walking down today, as I am still recovering from the infections of yesterday. After a few stretches, I returned to the cabin until Judi woke with the phone call from Room Service, confirming breakfast and to determine tea/coffee and type of juice. When breakfast arrived at 08:30, I suggested the balcony and the waiter advised that their is rather too much food for the balcony. We were expecting toast, pastries, some fruit, tea and juice, but no, they brought enough food for the entire floor:

By the time he set everything on the bed, it was full. I agreed that it was way too much food for the balcony, which is about 8’ x 3’ 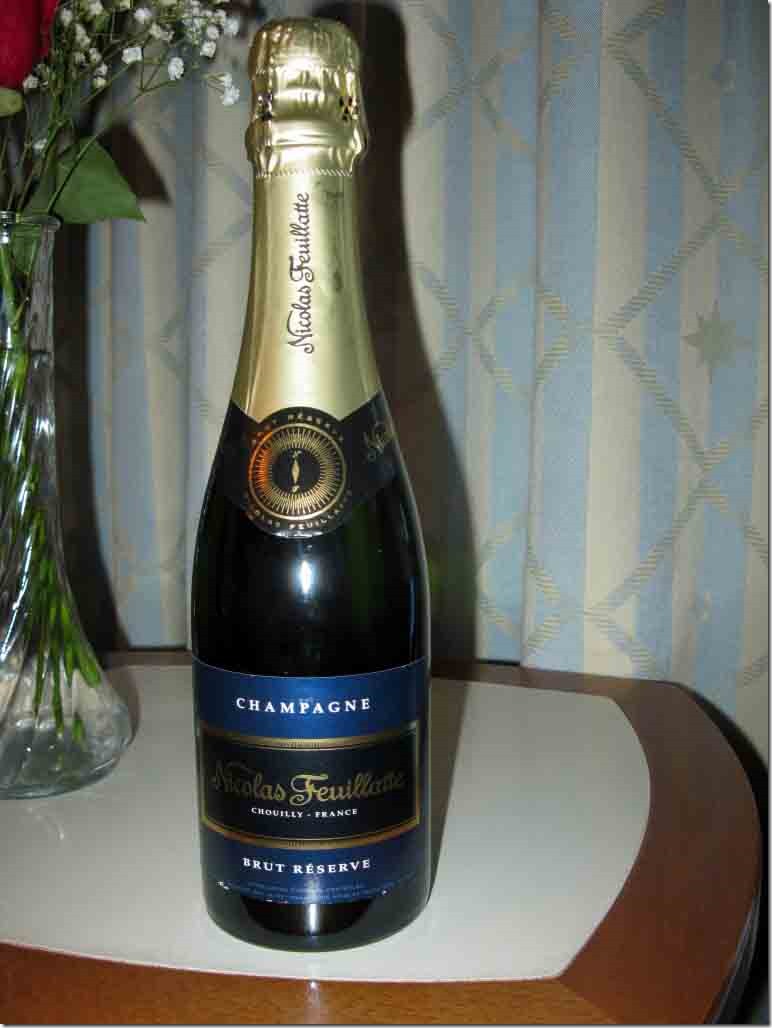 Bottle of champagne served with the breakfast feast.

Needless to say, the breakfast put paid to our best intensions of attending Zumba, Judi at 09:15 for the Gold  and me at 09:45 for the regular session. We ate so much we couldn’t even waddle out of the cabin for a couple of hours. Our first activity became the first lecture from newly arrived Stuart Gustasfon, with today’s lecture titled, “Destination Writing & Culture Series: Journaling Your Trip # 1 “. This sounded interesting to both of us, since I write the blog and Judi maintains her journal. Unfortunately, Stuart needs to research his audience in advance, as canned presentations just don’t work for all audiences. He started off asking how long all attendees had been on the ship, with about 1/2 of us joining in Sydney, over 2 months ago. He also should know that 1/2 the ship are “Black Cards” or Elite Princess Passengers, which means we have in excess of 150 days at sea with Princess Cruises, before this cruise started. However he still started his lecture with basic information on how to use the daily schedule “Princess Patter”. His style was terribly slow, so when he mentioned pens and pencil at necessary tools, that was the cue for Judi and I to depart, with a number of others following us out.

We headed for a seat in one of the lounges, with me yet again working on photographs and blog posts. Unfortunately, by walking out of the 11:00 lecture, I forgot about the 12:00 lecture on the weird properties of water. We met somebody later who advised they suffered through the first lecture, but the 2nd one was excellent. In future, I will be attend the more science based lectures from David Pilbrough, who also joined in New York.

Having had the substantial breakfast, we skipped lunch, but headed down for afternoon tea, noting that the scones have improved. Washed down with an excellent pot of tea, we thoroughly enjoyed the scones, cream and strawberry jam. Nothing else was of interest on the schedule, so we headed back to the cabin, where you guessed it, I worked on even more photographs. Our table mate Bob gave me copies of his 2,5000 photos, so I am going through them and keeping some from areas that we missed.

At dinner this evening we had all eight of us in attendance. I had the prawns for starter, which were exceptional, perfectly cooked and served steaming hot. For main course I had the barramundi, which again was well cooked and tasty and at least served warm. For dessert, yet again none were appealing, but the frozen lemon/lime soufflé sounded interesting, so I ordered one. We both tried it and it was thoroughly disgusting. Almost like raw soufflé batter frozen, as it definitely tasted of raw flour.

After dinner, five of us headed to the Vista Lounge for the late show, staring comedy vocalist Diane Cousins. Diana is an experienced entertainer (older) from Wales and she has an excess of personality and presence on the stage. Her style is overly demanding, but in a good natured way and although she gave the band some stick they seemed to be enjoying the interaction. She also has a powerful voice, singing one song without using the microphone and sound system. We were at the back of the room and we heard her clearly. Her act was a good mix of comedy and singing. We all thoroughly enjoyed her show and will gladly return for her new show in a few nights.