After the cool temperatures experienced in the North Atlantic and Iceland, as we head south following the Florida Coastline we are returning to the heat and humidity experienced on the segments prior to Southampton. However, while it’s getting warmer, the weather hasn’t improved, with the morning starting with 25 kt winds, overcast skies and heavy rain shortly after breakfast. For our sea day routine, I attended an exceptional lecture on Apollo 11 and our entire dinner table returned to the Steakhouse for dinner.

Throughout the day Sea Princess maintained a SSE’ly heading at an average speed of almost 18 knots, heading for the Windward Passage off the Eastern tip of Cuba.

My day started about 05:45 with 12 laps or 4 miles around the Promenade Deck, then returning to the cabin for yet more work on photographs and getting a couple of blogs posted. Once Judi awoke, we headed down to the restaurant for breakfast, meeting 1 new couple and 2 other couples we have met previously at breakfast or lunch. As usual, good breakfast and some excellent conversation about the differences between caravanning/RV’ing in Australia and North America. Everyone at the table had a caravan and actively participated in the lifestyle, when not cruising. The biggest difference was the size, with the other caravans all being less than 20’, or shorter than our F-350 truck. 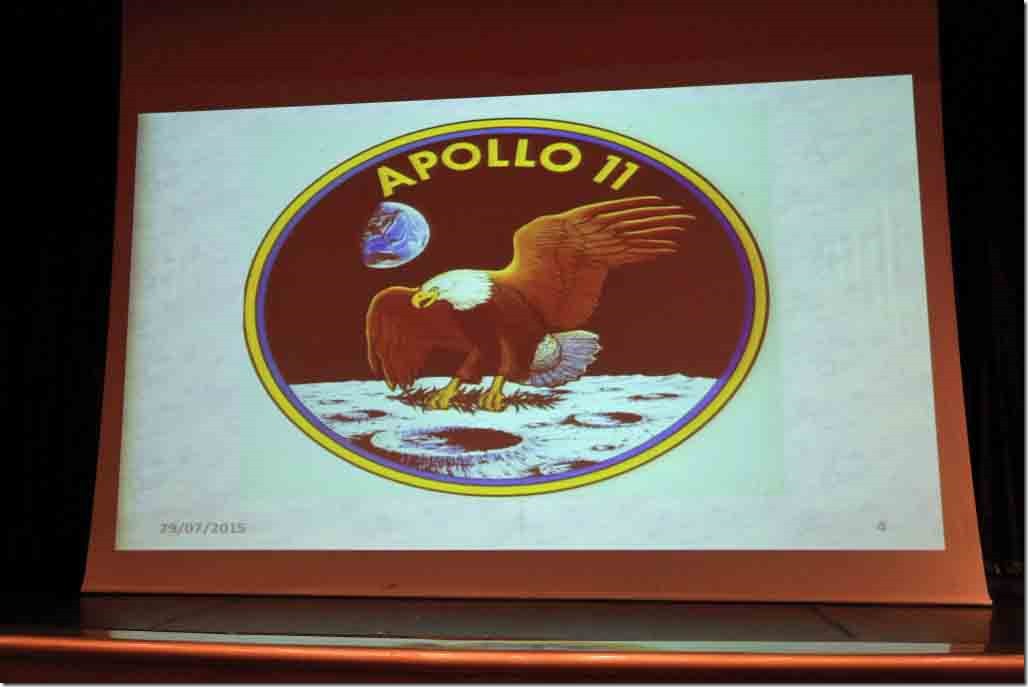 Next on the schedule was the Apollo 11 lecture from David Pilbrough, which was personalised by him actually attending at the launch. David started by stating in Rhodesia they received news of Apollo 10 on their small black & white TV, which he found highly disappointing. His wife said, “Why don’t you go for the launch of the next one”. So next day he had just made the travel arrangements, when a friend suggested he go as a press correspondent and to visit the Africanews. The company jumped at the chance, sending his details to NASA. 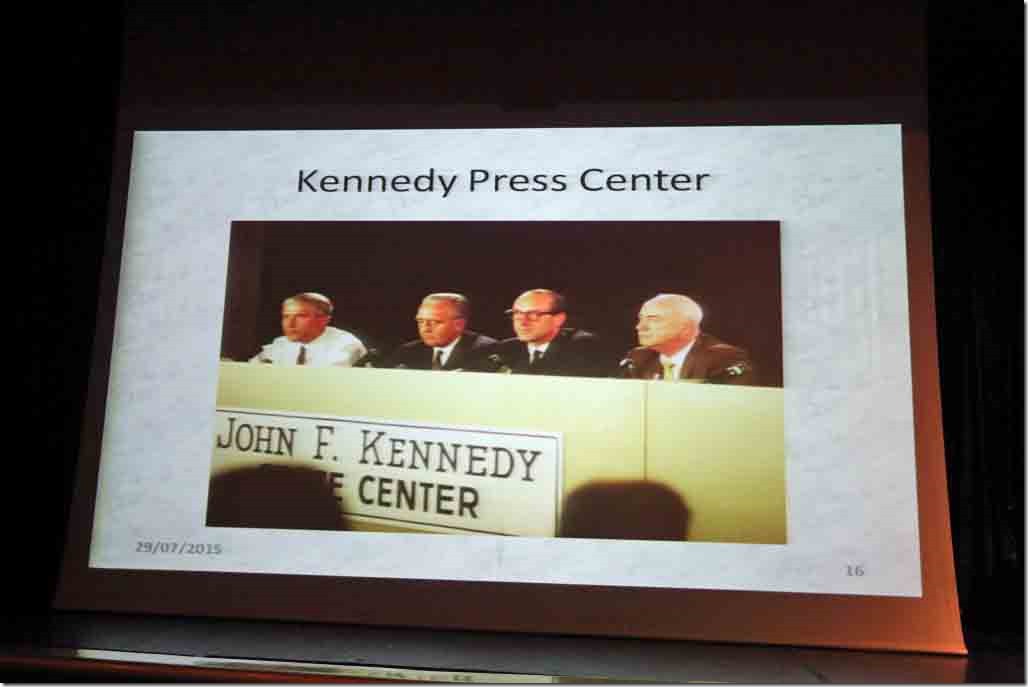 On arrival he reported to the Press Centre dressed in safari suit and large brimmed hat, with the NASA press team saying you must be Mr Pilbrough from Afrinews, providing him with a press package consisting of a stack of paper almost 3’ high. It included every fine detail of the entire mission. 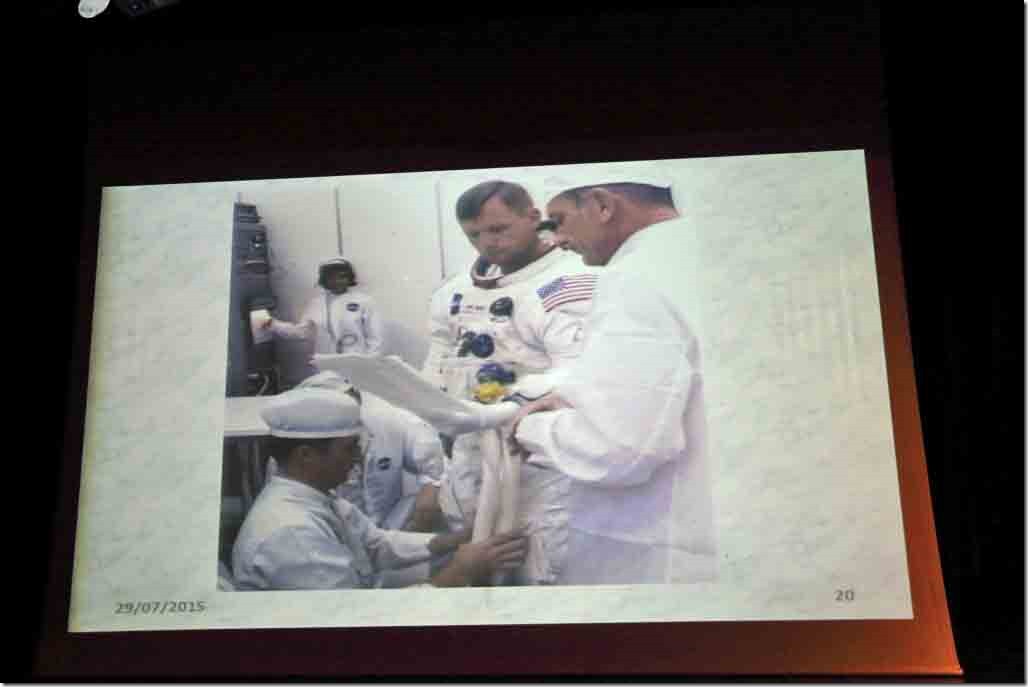 Next on the schedule was the press meeting with the 3 astronauts, their final breakfast photo op and the above photo with the astronauts getting dressed for the mission. 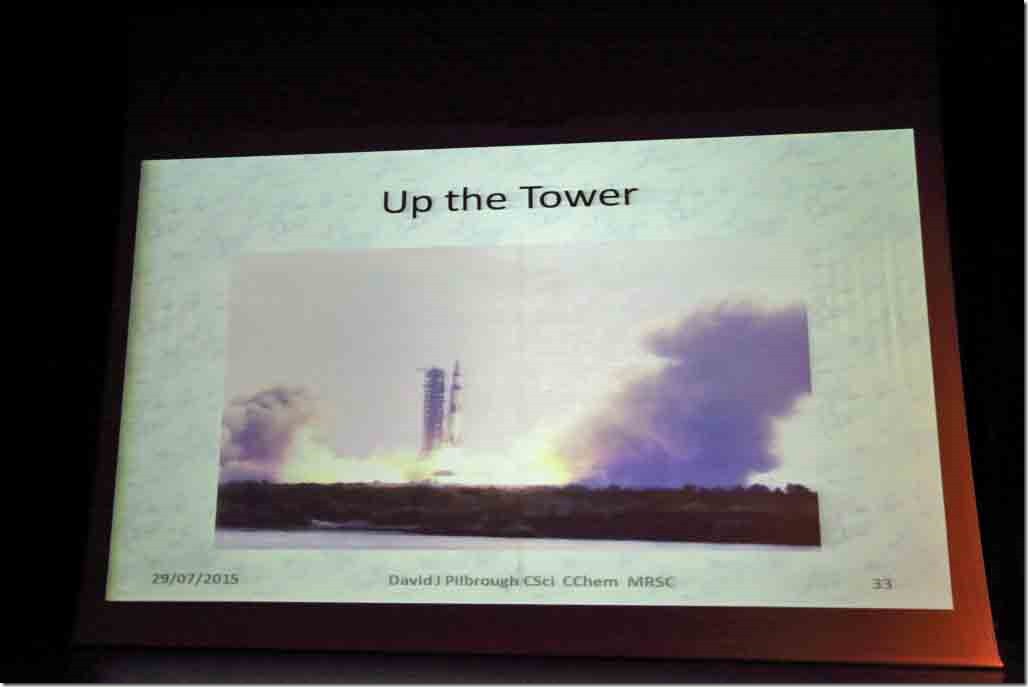 The press were then delivered to the launch gallery, about 3 miles from the launch pad. He described in detail the experience, with the view of the rocket ignition and flames visible before hearing the noise. He asked what the audience anticipated the noise would be, with most agreeing a thunderous roar. However, he advised it was more like popping, due to the almost immediate supersonic speed of the exhaust. After the launch, when control was handed off to Houston mission control the press were permitted visits to the launch control centre and the vertical assembly building to view the construction of Apollo 12 and the almost ill-fated Apollo 13. An excellent lecture, especially with the personal touches of actually having been present as a member of the press gallery.

Pre-dinner show tonight was “Made in England” by the Sea Princess singers and dancers. This is a show we saw previously on Emerald Princess, so it will be interesting to get a comparison. While we haven’t been impressed with any of the previous shows from the ship’s singers, tonight they did put on a good show, although when all 4 are singing, their voices really don’t mesh.

After the show we headed up to the Steakhouse, for our 3rd attempt to get a steak properly cooked. The excellent Head Waiter advised they have changed chefs and lately no steaks have been returned. Therefore, we decided to give them another chance. 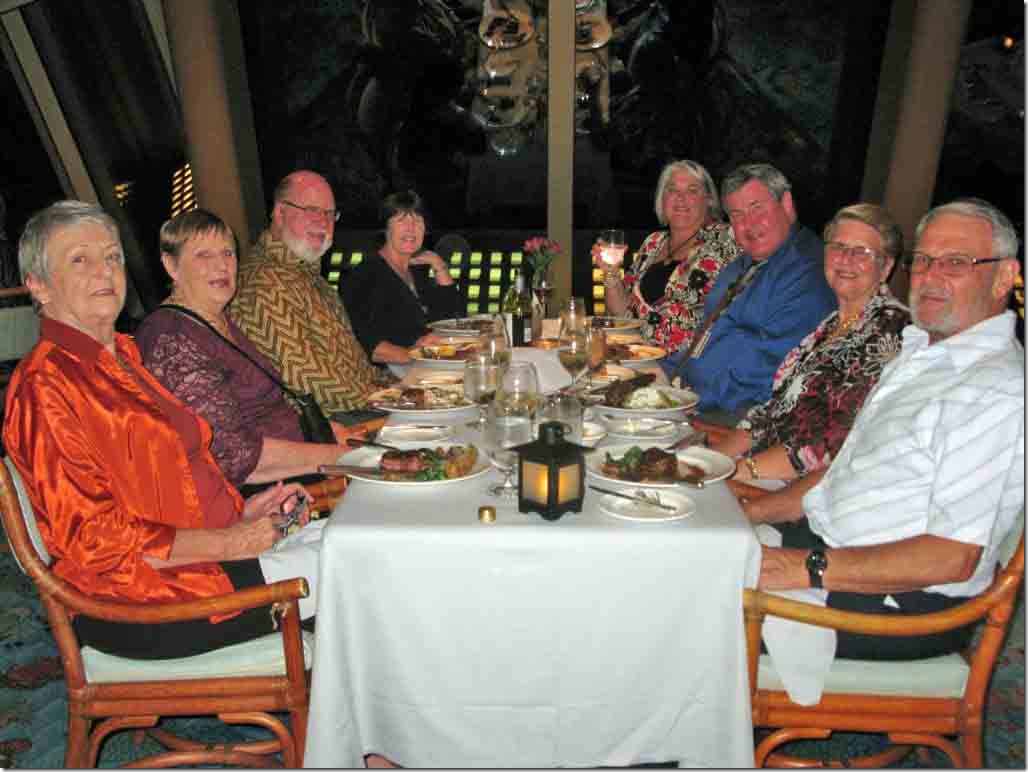 Our entire dinner table up at the Steakhouse for dinner. 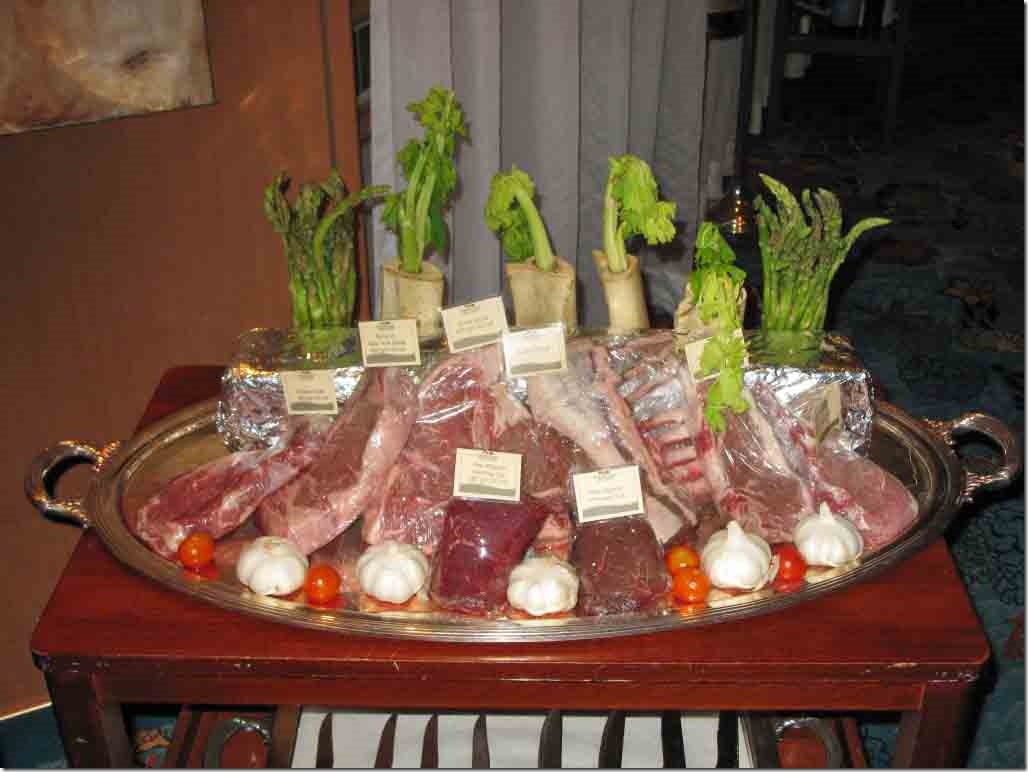 As usual the starters were all excellent, but wait, here come the steaks. Placido, the Head Waiter was overseeing the entire meal and was waiting expectantly for us to cut into the steaks. Even the cook was hovering in the background. Success, each steak was cooked to perfection, with my medium rare being perfectly seared on both sides, changing to pink and then transitioning to red in the middle. Two thumbs up.

None of us could wait for photos before getting stuck into the steaks, while they were still piping hot. However, this should be the best testament to an excellent meal. 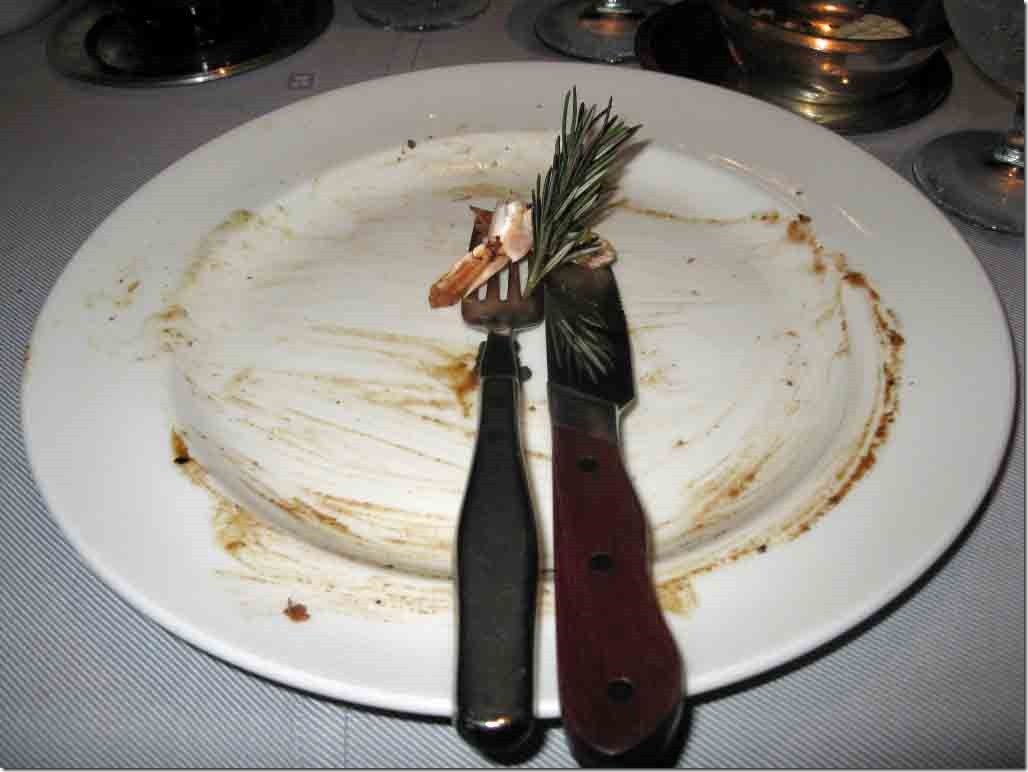 One of the many empty plates, which is the perfect segue into the desserts. 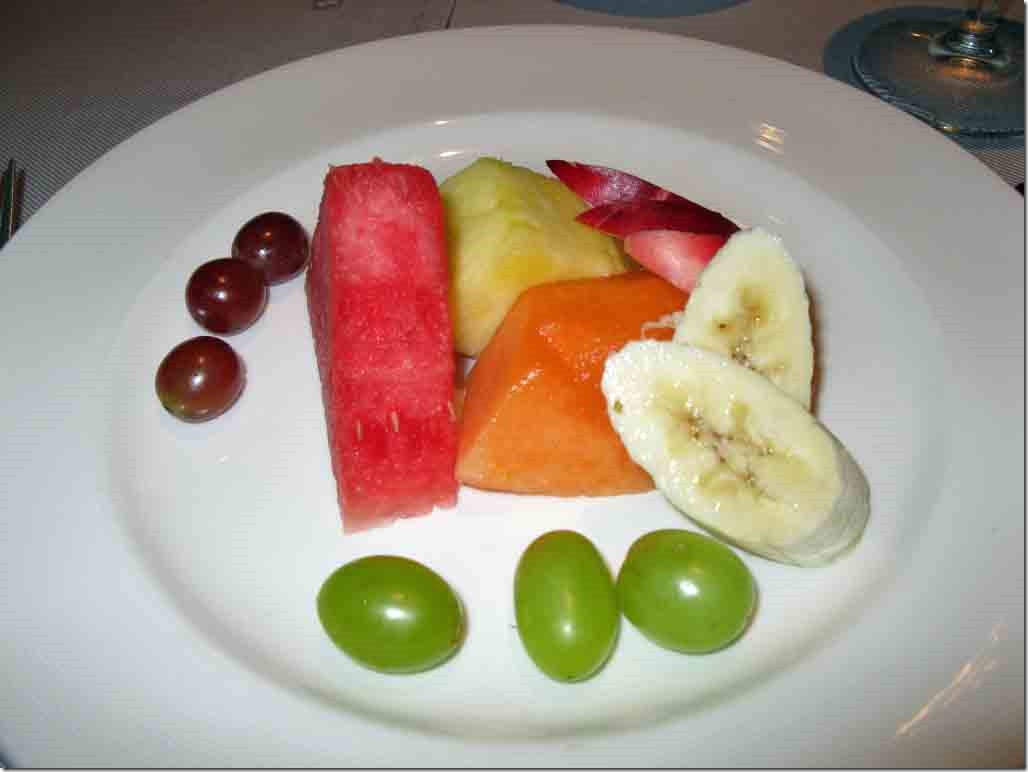 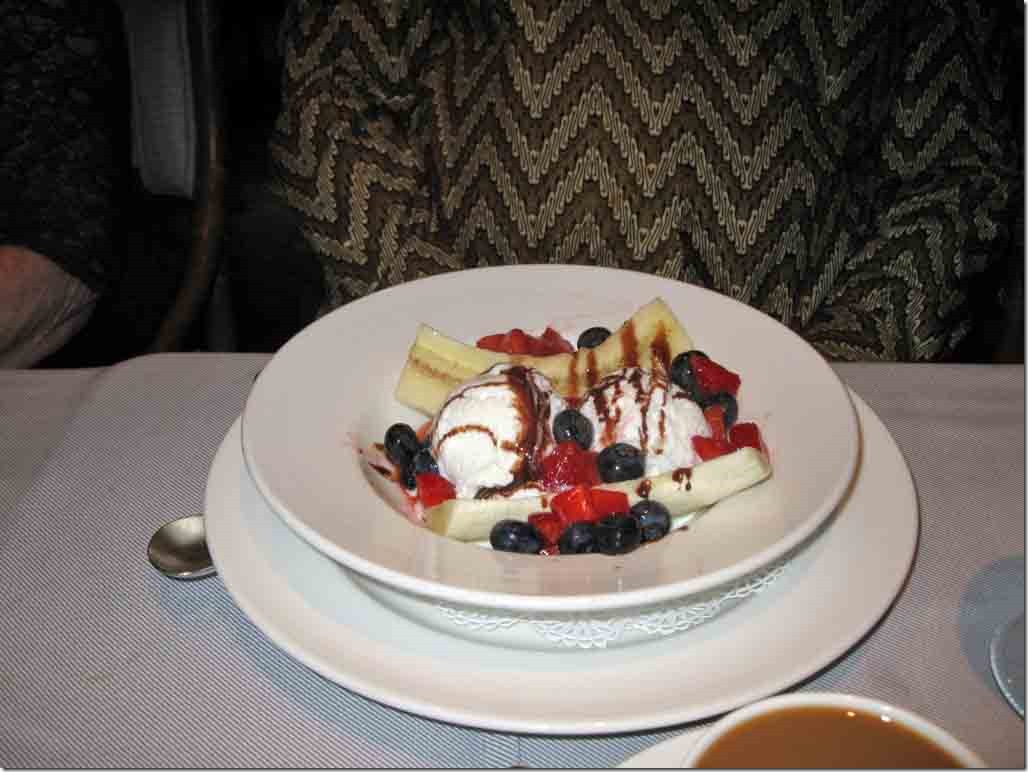 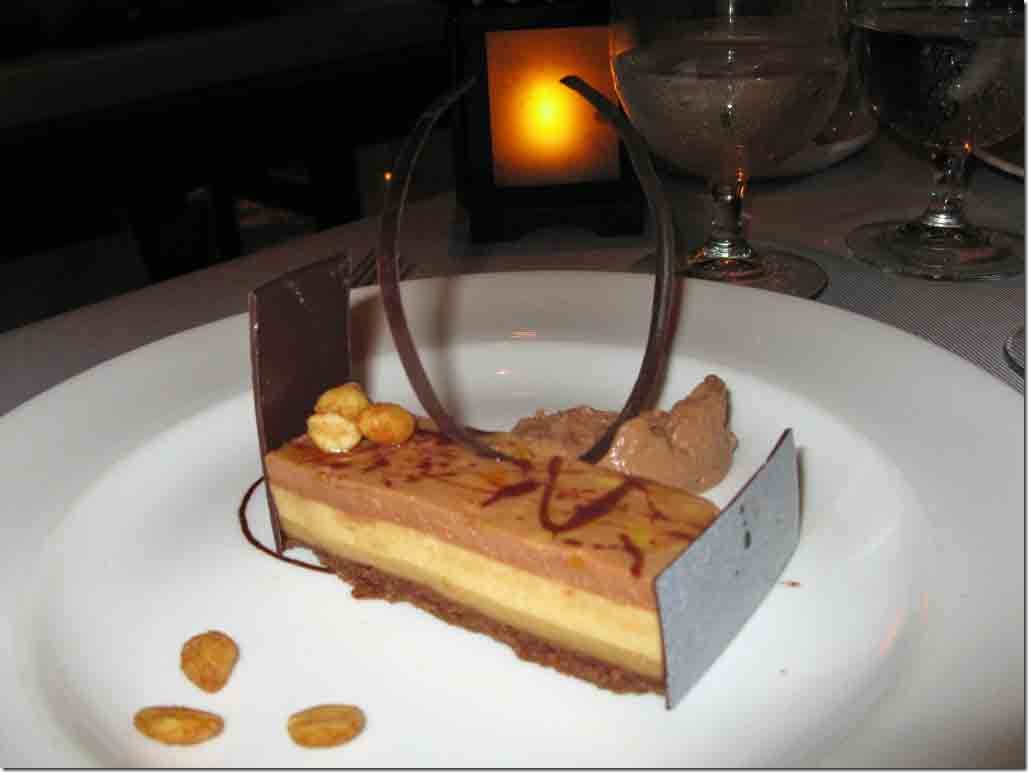