Arriving in London Heathrow (LHR) at the end of April, we faced a new challenge. How do you get from LHR to downtown London.

Over the past 40 years, we have arrived in LHR way too many times, but have either caught a connecting flight to Edinburgh, or some other distant continent. Not this year!!

This time, we have 4 days in London, followed by the annual P&O re-union lunch in Southampton, before finally taking the train up North. Many others have the same challenge, and reviewing on-line forums, TripAdvisor, etc you will find numerous posts, with the question,  “What is the best way to get from LHR into London?”.Unfortunately, with no details provided, the number of variables makes it impossible to provide a short answer. Do you want the fastest, or cheapest, how many people and how much luggage do you have, are just a few of the variables.

We arrived LHR Terminal 3(T3) in a Sunday and were headed to the Travelodge London Waterloo, with 4 suitcases (50 lbs each) plus our 4 cabin bags.  Our preferences are for the most cost effective option that provides ease of transporting all our luggage. These are the options we considered.

LHR is well served by the Tube, with terminals 1, 2 & 3 sharing a single station and terminals 4 and 5, each having their own station. This is most likely your cheapest option at about UKP 6 per person, and trains depart about every 5 – 10 minutes, depending on the terminal.

– The station serving terminal 1, 3 & 3 is a significant walk from T3 arrivals, but it does not require stairs, so can be navigated easily with luggage. From memory, the stations at T4 & T5 are much closer to their respective arrivals.

– The Tube can be extremely busy and really has no space to store luggage. Not all stations have lifts, so expect to take luggage on escalators and even climb up stairs.

– Payment on the Tube now requires an Oyster Card, which you pre-load with money. Two options are available – a tourist or regular card. The tourist card must be purchased online, cost UKP 3, but must be posted to you, prior to arrival. It is also not refundable. I highly recommend getting the regular Oyster Card, which costs a deposit of UKP 5. You can purchase them from ticket machines, and on departure, any balance and the deposit is fully refundable.

– Using the Oyster Card. Most stations have automatic barriers which open when you tap the card on the pad. The screen advises the balance remaining on the card. At the departing station you exit through similar barriers. Tapping the card opens the gates and the screen advises the new card balance and cost of the journey. However, we found stations on the Docklands Light Rail (DLR) that had no entry exit barriers, so you must locate the tap points before heading to the platform and prior to exiting the station. On 1 DLR train we noted an employee checking tickets, so don’t forget to tap in. 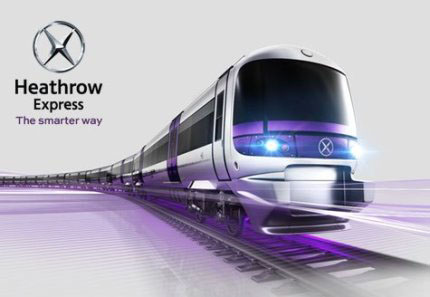 This service is predominantly above ground and is most likely your quickest option. Similar to the Tube, the Heathrow Express also has 3 stations. Heathrow Central services Terminals 1, 2 & 3, with Terminals 4 and 5 each having their own station. Trains depart from T5, make a stop at T3 and then take only 15 minutes to reach Paddington Station. From T4 you catch a shuttle to T3, which is timed to connect with the Paddington departures.

– This service is continuously evolving, as I recall many years ago we could check in for the flight at Paddington Station. Sadly, this is no longer available.

– They have a plethora of prices and discounts available, with prices for a single 1-way journey varying between UPK 5.50 and UKP 27, so check their website for the best deal. The best prices are available for weekend journeys, booked online at least 90 days in advance.

– On a previous trip we travelled comfortably on Heathrow Express with a similar amount of luggage.

I researched this option, with costs varying based on distance and journey time. With congested London traffic these costs could vary widely. Cost estimates were UKP 40 to 60+

I really didn’t consider this option, as on a previous trip we had to use a cab due to an early flight, which cost about UKP 100 from London Docklands to LHR.

When travelling with extensive luggage, our primary consideration is always the ease of moving the cases, followed by convenience, cost effectiveness and comfort. Being retired, the fastest option really isn’t important. Therefore, we opted for the following:

– Arranged with Airportr to ship all 4 suitcases directly to the hotel. Their staff meet you with a trolley immediately outside arrivals. They secure the cases closed, affix shipping labels and provide a 1-hour window for arrival. Cost for 4 suitcases was UKP 50.

– Free of all luggage, except carry-on, we took a leisurely stroll to the tube station, where we purchased Oyster Cards and took the Piccadilly Line to Green Park, then the Jubilee Line to Waterloo, followed by a short walk to the hotel. Departure LHR to arrival Waterloo was about 1 hour, with much of the trip at ground level.