We visited the Isle of Sheppey the same day as our first visit to Chatham Historic Dockyard. Coupled with the scenic drive to the island, rather than the motorway, we tried to cram too much into a single day.

The island is a classic example of contrast, with the west end fairly industrial, with a good sized port complex and the east and south areas being rural and nature reserves. However, adjacent to the port complex they did have a beach and marinas.

We started at the foot of High Street in Queenborough, where the low tide left a huge expanse of sand/mud down to the River Swale. 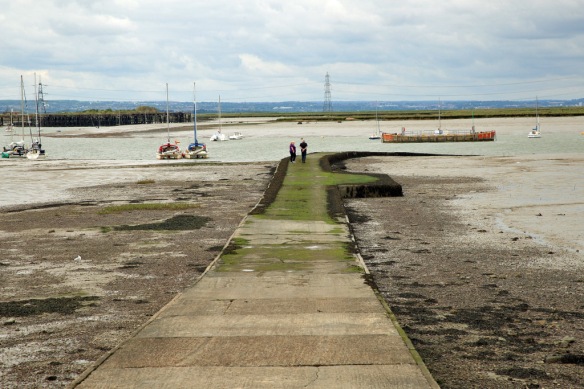 Over 100 yds across mud flats to reach the river

This area has a significant tidal range and even a tendency to flood, so they have flood control barriers at every entrance.

The huge grey gate is closed to prevent flooding 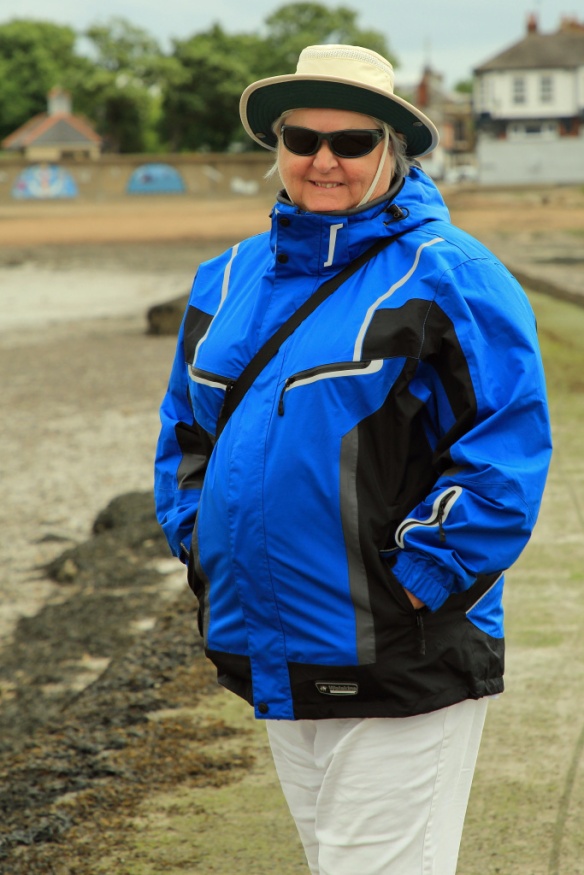 Judi on a cool, blustery day about 1/2 way to the river 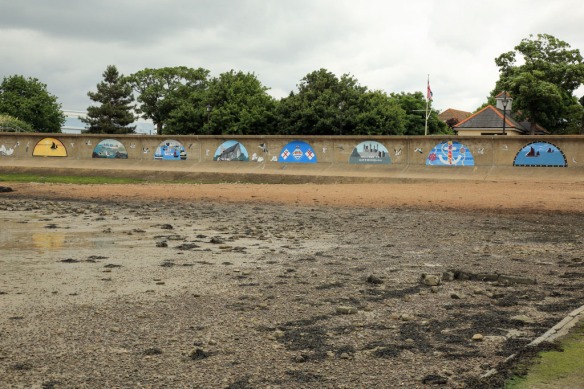 Murals painted on the breakwater 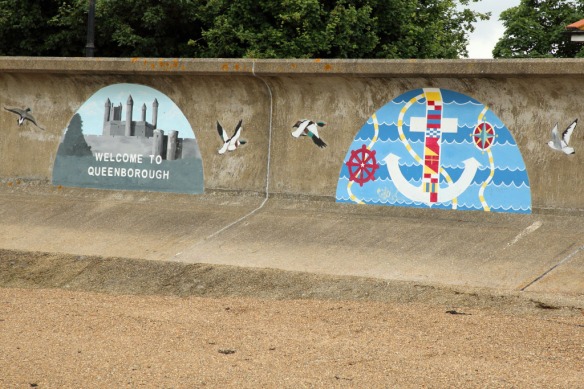 Close-ups of a selection of murals

The murals on the promenade were a nice touch, big improvement over looking at plain concrete.

From Queenborough we headed to Sheerness, where Judi wandered around the market and High Street, while I headed down towards the beach. Downtown is a maze of narrow streets that was almost gridlocked with traffic, but we were lucky and found a parking lot with space about a couple of blocks away.

Having grown up with fine golden sandy beaches that extend for many miles, to say the least I was rather underwhelmed when climbing over the promenade and seeing the beach. Again it was pebbles and really not one of the better beaches.

On return to the car, we continued along Marine Parade towards Minster-on-Sea, which faces across the Thames Estuary.

We found a vacant spot and stopped for a quick wander. The promenade is an expansive lawn with easy slope down to the beach. Unfortunately, the beach is again pebbles.

View across Thames Estuary from our parking spot on Marine Parade

Departing Minster-on-Sea we set course for Chatham and the Historic Dockyard, which is covered in a separate post.