After a delicious lunch in a 5-star restaurant, we re-boarded the mini-bus to visit more of downtown St Petersburg’s spectacular attractions. This afternoon’s schedule includes a couple of Russian Orthodox churches and another palace, which is still being restored. The tour included both the opulence of the formal rooms and the rather stark confines of the basement.

Departing the restaurant, it was a short drive to our first stop, which included passing the Faberge Museum, as we drove along the banks of the Fontanka River. Unfortunately, we didn’t have time in the schedule to visit this museum.

Enjoy the many photographs of the remainder of our first day in St. Petersburg. 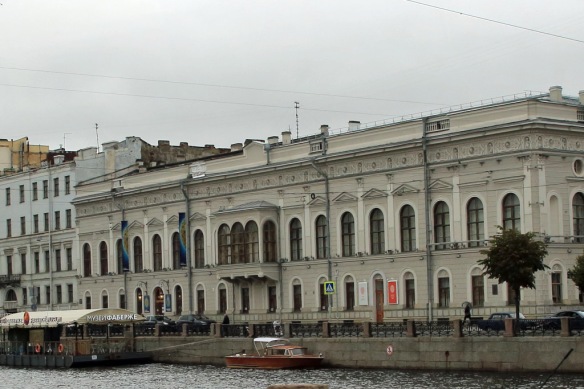 Church of Saviour on Spilled Blood 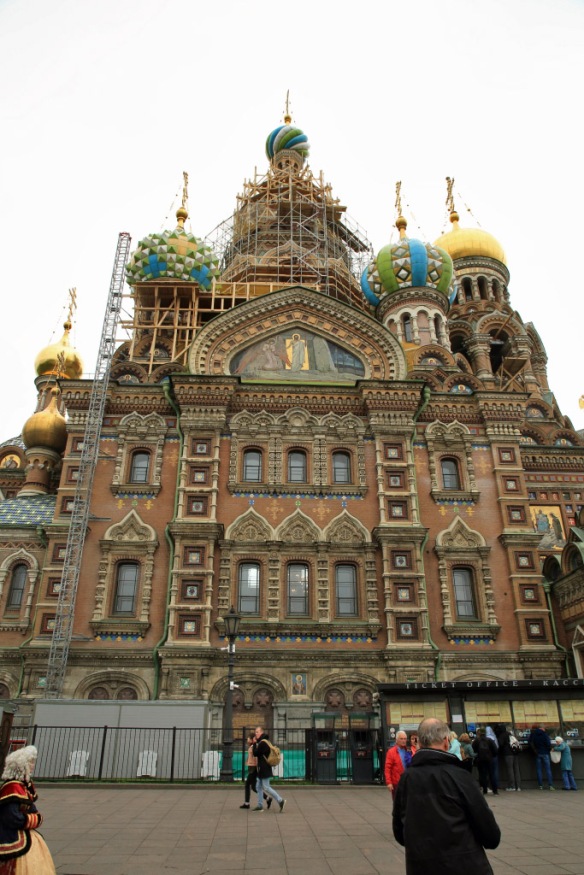 Church of Our Saviour of Spilled Blood

Constructed between 1883 and 1907, the Russian Orthodox Church was built at the location where Tsar Alexander II was assassinated in 1881. Both interior and exterior are covered with detailed mosaics, but the church went into decline when closed by the Soviets in the 1930’s. After 30 years of restoration, the church re-opened in 1997.

Here are a selection of my photographs.

Returning to our mini-bus, we drove for about 1 mile to St. Issac’s Cathedral, keeping with the stunning Russian Orthodox Church theme. 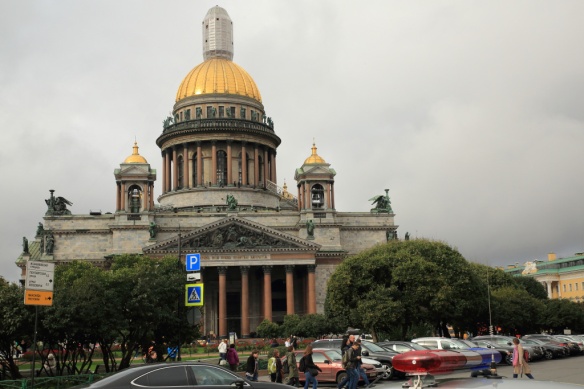 Constructed between 1818 and 1858, it is a most impressive Cathedral, both inside and outside. Originally the largest cathedral in Russia, it recently lost that designation to the re-built Church of Christ the Saviour in Moscow.

The gold dome is still a prominent landmark on the St Petersburg skyline and the numerous columns provide an impressive entrance.

Enjoy a small selection of my photographs. 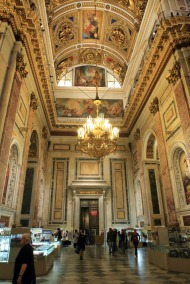 Our next and final stop of the day is at Yusupov Palace, which was less than a mile along the Moyka River. 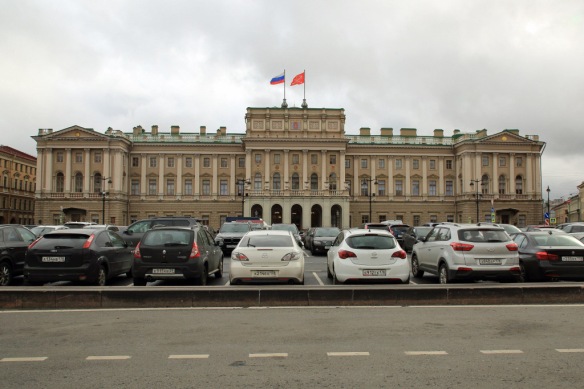 Although given the designation of a “Palace”, which is normally a residence for royalty; Yusupov Palace was the private residence of one of Russia’s wealthiest families. Located on the banks of the Moyka River, it is notable for the artistic designs of the interior rooms and for being the location of Gregory Rasputin’s murder. 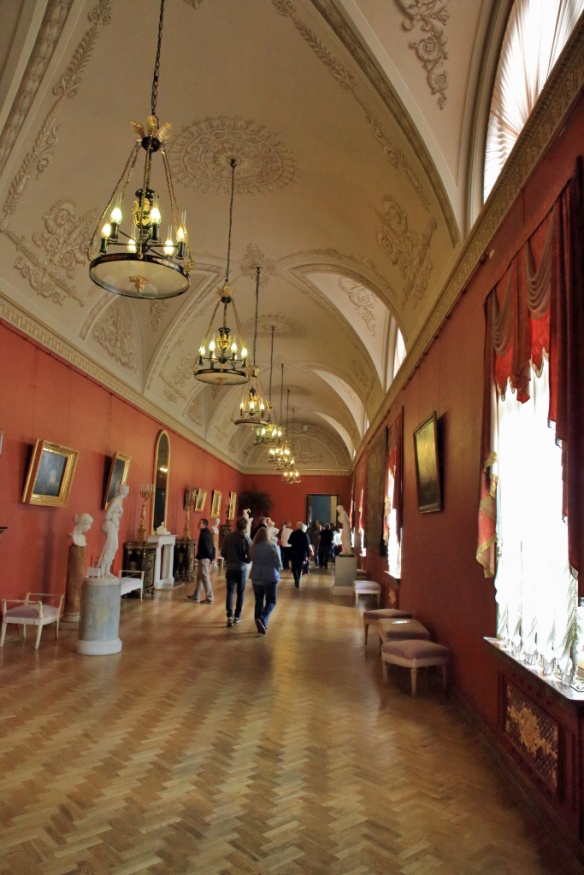 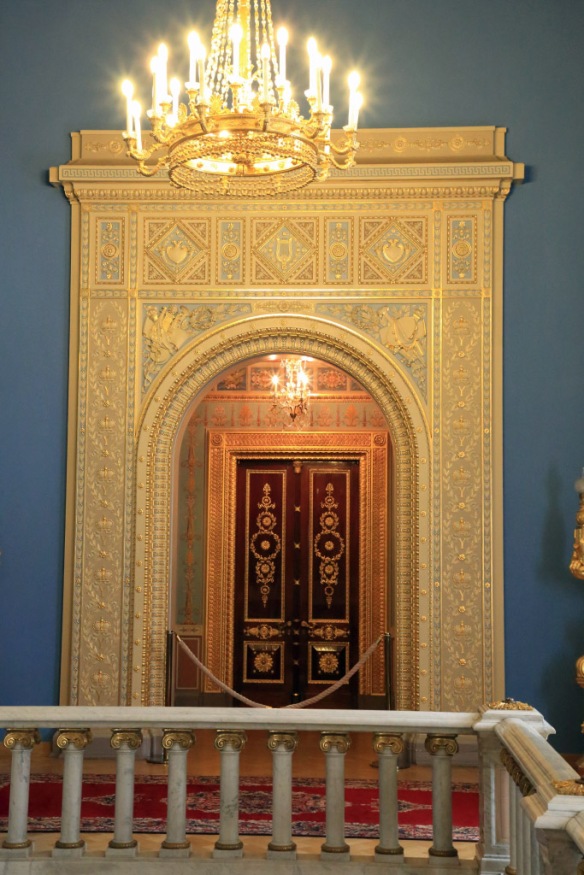 In my opinion, the most impressive room was the Theatre, which was simply stunning. 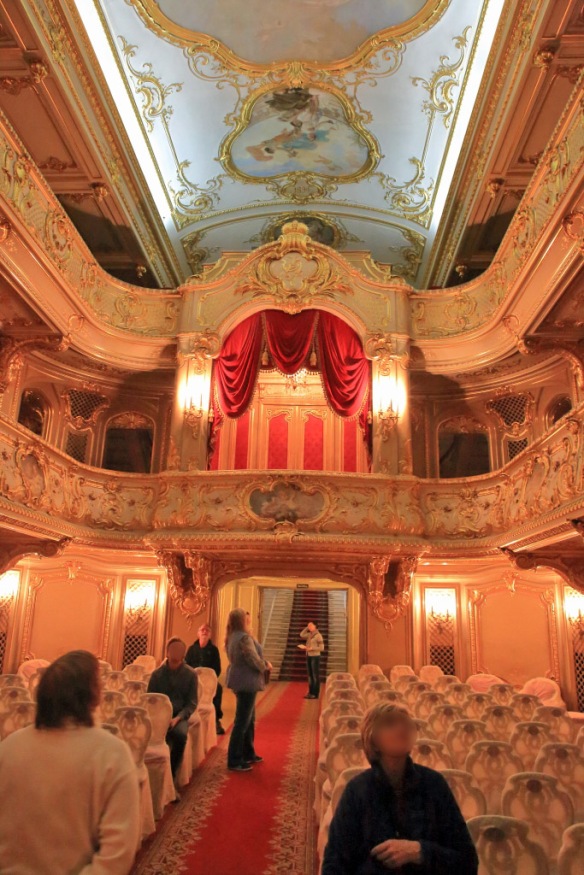 Yusupov Palace Theatre from the stage

After touring the refurbished rooms and theatre, as seen above, we headed down to the basement, where Gregory Rasputin was assassinated in 1916.

One of the passageways in the basement

This concluded our visits, on the first of 2 days in St Petersburg, as on re-boarding the bus, we headed back to the port, arriving about 17:30.

Returning to the cabin, our room steward had created some towel art