Stockholm is a long and complicated pilotage from the Baltic through the archipelago of islands, so many cruise ships opt for Nynashamn, located on the Baltic about 40 miles south of Stockholm. Unfortunately, our ship was one of the ones opting for Nynashamn, rather than the scenic cruising in/out of Stockholm. Normally the ship docks alongside, but due to weather issues, we had to anchor and tender ashore.

We signed up for another ship’s tour, which comprised a city drive and visit to the Vasa Museum.

Our original plan was to sign up with Alla Tours, agreeing a city tour, Vasa Museum visit and a walking tour of historic Gamla Stan. However, we were unable to achieve the minimum number required, so had to book another ship’s excursion.

After tendering ashore, we boarded the bus for the hour long drive into Stockholm, during which our guide initially provided some information then turned the mic off. Shortly after arriving in Stockholm, we stopped at a lookout, which other than the Vasa Museum, was our only stop. 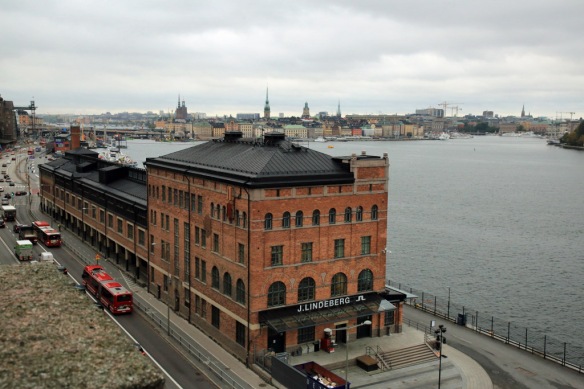 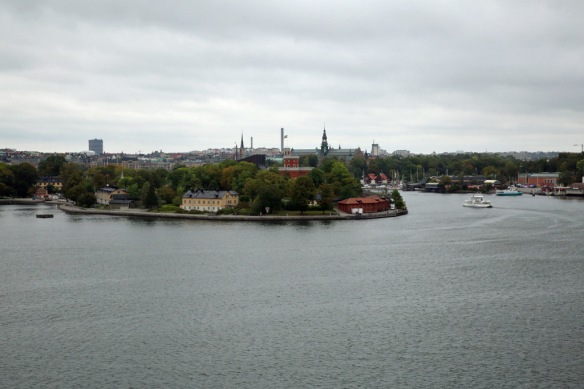 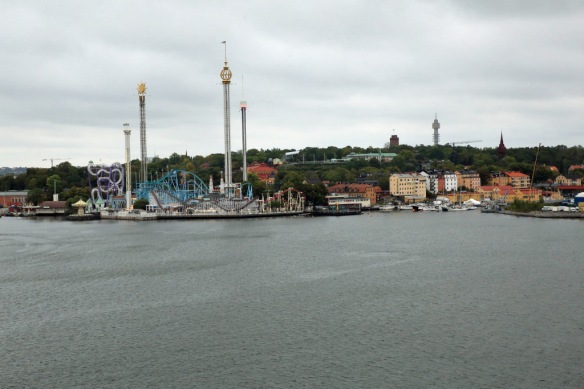 Departing the lookout we drove around the city for just over an hour, without making any stops for photo ops. These are the only photos I captured through the bus windows. 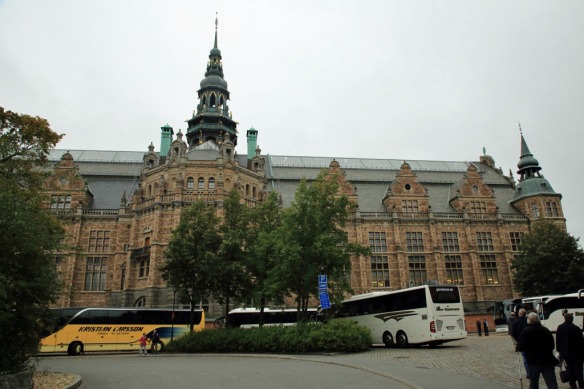 Nordic Museum, next to the Vasa Museum

Shortly before we arrived at the Vasa Museum, we passed the ABBA Museum, which Judi & I, and many others on the bus would have been very interested in seeing. Sadly it wasn’t on the schedule and we passed so quick, I couldn’t get a photo through the bus window.

The Vasa is a Swedish 64 gun warship that sank on its maiden voyage in 1628. A revolutionary ship, some design issues precluded loading sufficient ballast for stability. It actually turned over and sank in Stockholm Harbour, only sailing a distance of about 1,000 yards.

Scale model of the Vasa

The ship remained submerged for 333 years, being discovered in the 1950’s and eventually brought to the surface in 1961. The current museum, a climate controlled environment to aid in the preservation of the timbers, was opened in 2013. 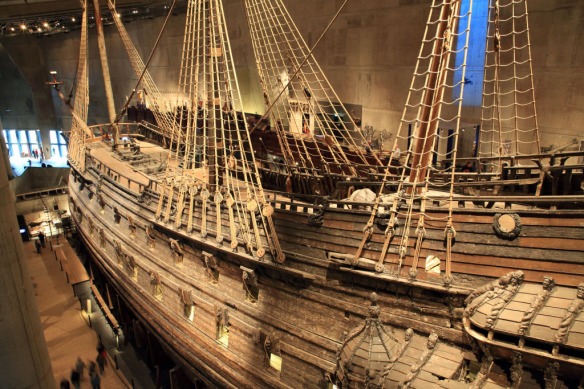 Vasa taken from the top deck in the museum

The building is very dark and no flash is permitted, so most photos were taken with ultra high ISO; however, on the top deck in the museum, I found a shelf to rest the camera on. Therefore the above photo is taken with normal ISO, but a long shutter. 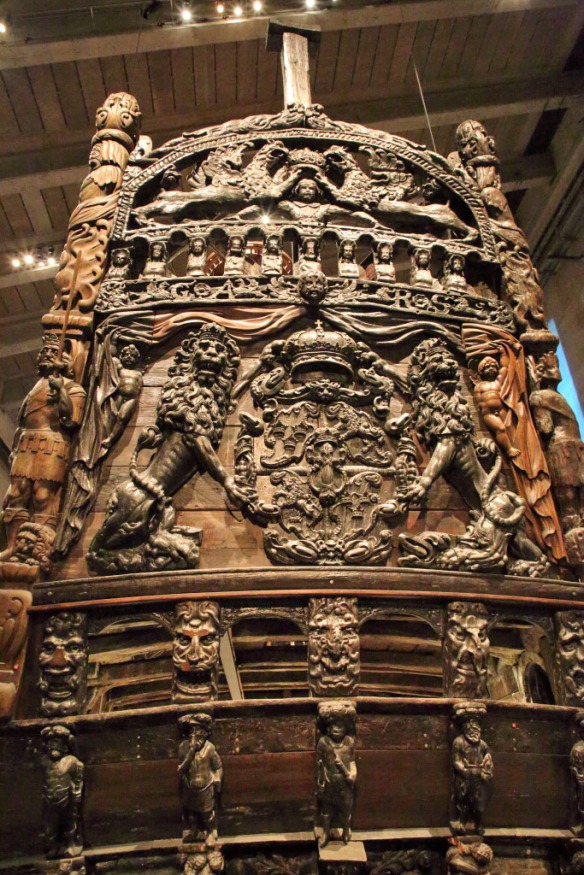 Detailed carving work on the stern

I thoroughly enjoyed the hour we spent in the museum. On entering the museum, our guide started with our group, but I wasn’t really impressed, so I headed off to explore the museum on my own. Everything is well laid out and lots of information is posted in English, so I probably learned more by exploring on my own.

Departing the museum, we re-boarded the bus for the journey back to Nynashamn, followed by a tender trip for the return to the ship. This was our final port of call, as departing Nynashamn, we were bound for Tilbury, where we disembarked.

Next post – Houses of Parliament, or Palace of Westminster.