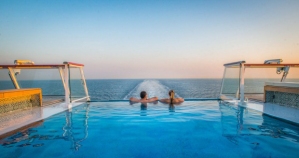 Since Judi got sick down in Indio and returned home for treatment, our 2018 travel plans were cancelled and 2019 is still being developed, but 2020 is well underway. We have just booked our 2nd World Cruise to celebrate our 40th anniversary.

We board the Viking Sun in Los Angeles on 4th January 2020 and will spend 118 nights aboard, departing in London on 2nd May.

In 2020 it will be 5 years since our not so stellar World Cruise with Princess Cruises and for our 40th anniversary we have researched a number of options:

The Oceania option was longer at 180 days and visited some exceptional ports, but it headed East after rounding South America. Heading East, you lose an hour every time the clocks change. Heading West you gain an hour. Since clocks normally change at 02:00, we prefer to gain an extra hour sleep, hence our preference for heading West.

Originally a river cruise company, in 2015 they entered “Blue Water” cruising, ordering 6 small and identical ships. Maximum passengers is only 930. The Viking Sun was launched in 2017 and will be the ship sailing the 2020 World Cruise. 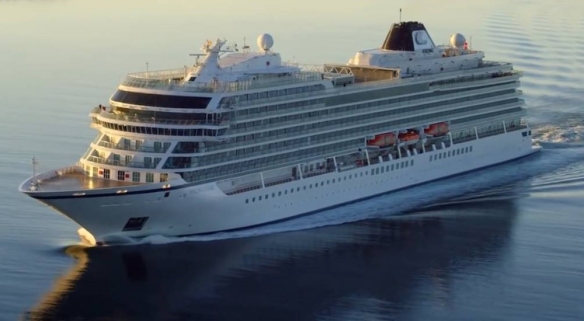 While the Viking Ocean base fare is more expensive than other cruise lines, the included benefits are extensive:

For additional details on the cruise, select here