With an overnight and full day in Papeete, we signed up for the AM 4×4 excursion to the volcano caldera and rain forest. We have completed tours around the island on previous visits, so this time we fancied a trip to the interior.

This excursion definitely did NOT disappoint, being way above our expectations.

The Tahiti Jeep Adventure tour was one of the optional tours offered by the ship. The cost was CAN $129 pp.

With a report time of 07:45, the MDR wasn’t open, so we headed to the World Cafe for breakfast. Right on time, we were escorted to the gangway and on reaching the port gates were assigned to one of the 2 trucks. Judi sat in front with the driver, while I sat in the back with the other 6 pax.

We departed shortly after 08:00, driving around the island for about 12 miles to Papeno’o, where we entered a gravel road heading inland. The gravel road had numerous potholes, but it definitely wasn’t “Off-roading”. Not sure regarding others expectations, but this tour significantly exceeded mine. Sure, it was a bit rough at times, but I believe that’s what we signed up for. Unfortunately, some didn’t seem to enjoy the ride as much as me. In the front, the driver talked to Judi for the entire 4 hours.

Just past the 1st power station we stopped and were provided an opportunity to walk. Another couple and I walked for about a mile, up to the river ford. After the rain, the forest smelled amazing and so quiet. This really was an opportunity to get out of the city and enjoy nature.

We continued up to the the rim of the caldera, driving up a 15% incline to reach the edge. The caldera is 6 miles across.

Waterfall just after crossing the river

Probably the best waterfall seen during the tour 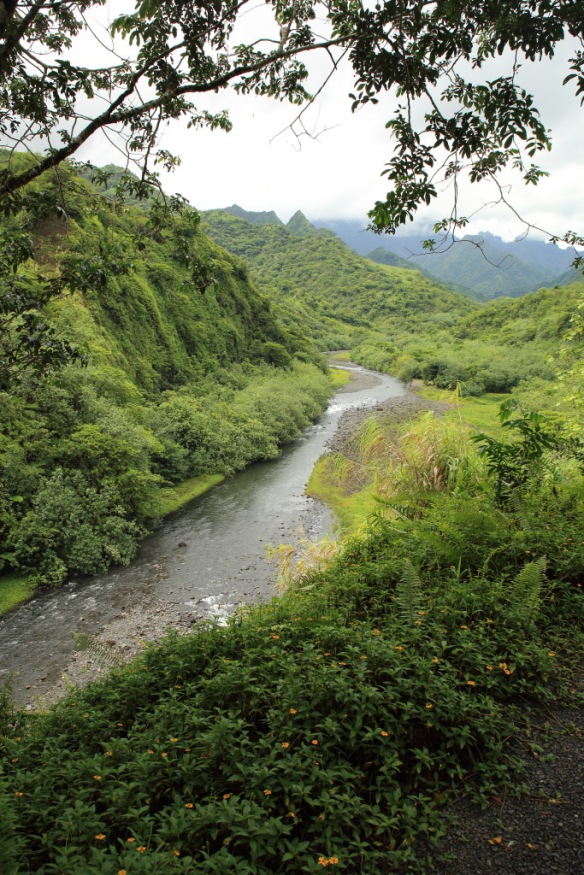 Looking across the caldera

Andy at the caldera

Close up of the caldera’s river 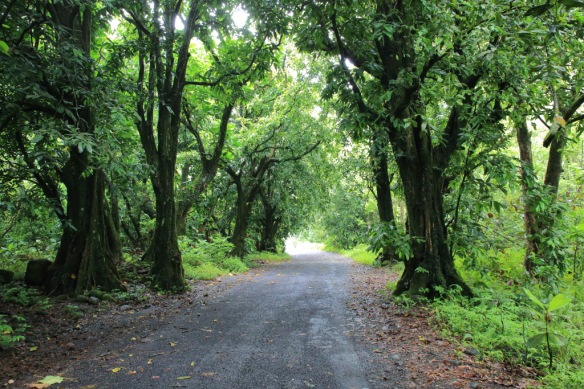 Shady trees along the section we walked

One of the few stretches without potholes 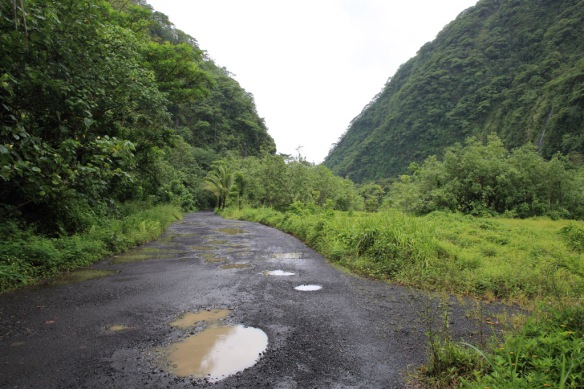 Taken in the middle of the river

Waterfall seen from the walk

The driver advised that it is possible to continue down into the caldera and drive across the entire island, returning around the coast. However, it takes about 8 hours and isn’t available to the cruise ships. Now that would be a tour for the future.

We returned to the ship just after Noon, we were the ones with the huge smiles, having completed this tour. After lunch, I headed out again for a walking tour of downtown, which I will cover in the next post.