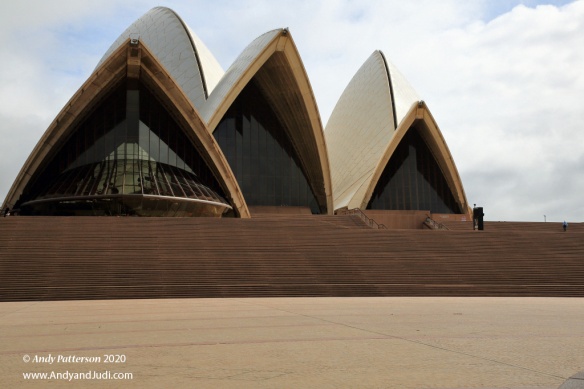 On completion of the Opera House Backstage Tour, we walked around Circular Quay to the historic “The Rocks”, where we enjoyed refreshments in a couple of pubs. Similar to the West Coast, the beer scene in Sydney has improved significantly since I docked at OPT in the late ’70s. 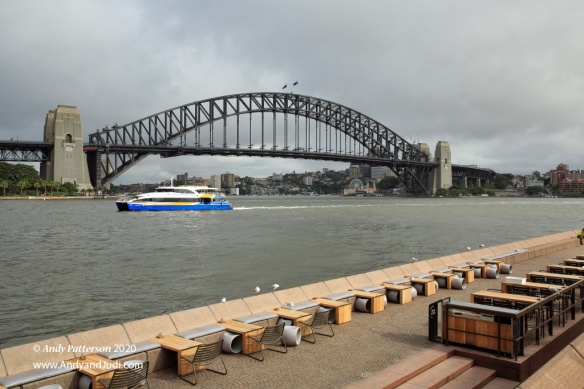 Departing the Opera House, we took the short walk around Circular Quay to First Fleet Park, which we passed through to reach George Street. 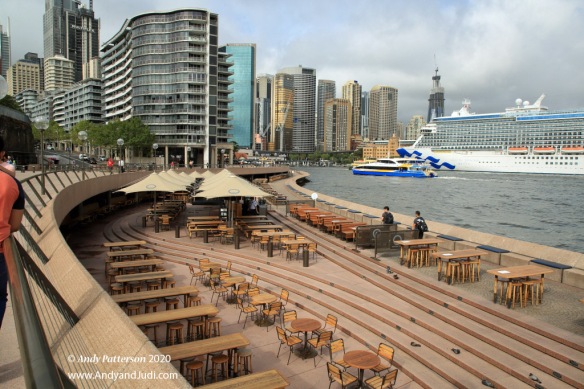 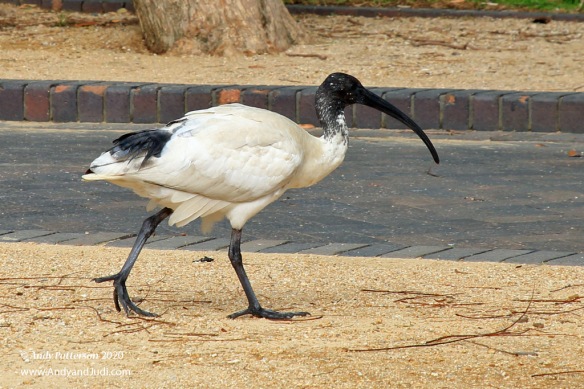 Climbing the stairs at the rear of the park, we were on George Street, home of Sydney’s oldest pub – Fortune of War. When in Sydney every 2 weeks on the “SS Oriana”, this was one of my regular haunts, being only a short walk from the ship. 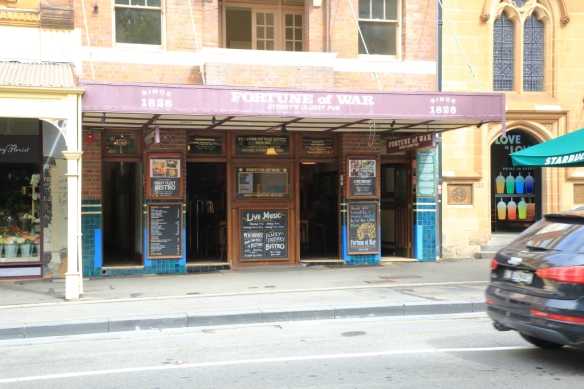 On entering the pub, I noted a P&O ships poster on the bulkhead, which brought back some great memories, as it included the amazing SS Oriana. The barmaid overheard us talking about Oriana, as she remembered it well from growing up in Suva. She routinely came down to the port to watch our departures. Since I worked on Oriana when she lived in Suva, I no doubt saw her standing on the quay during our departures. It sure is a small world. 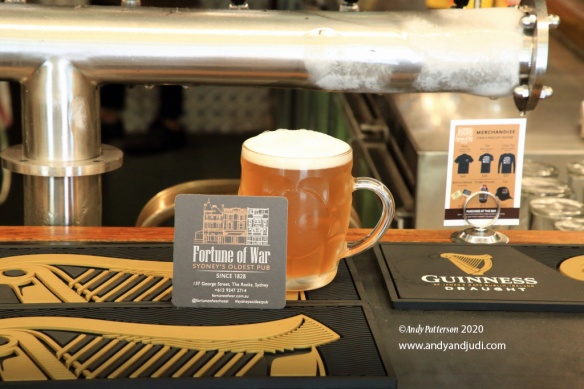 Being more metric than the West Coast of Canada, I was pleasantly surprised to note that beer was still sold by the pint, or fluid oz. 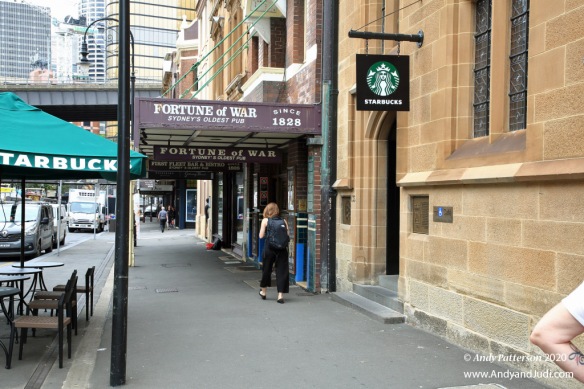 Looking back at Fortune of War 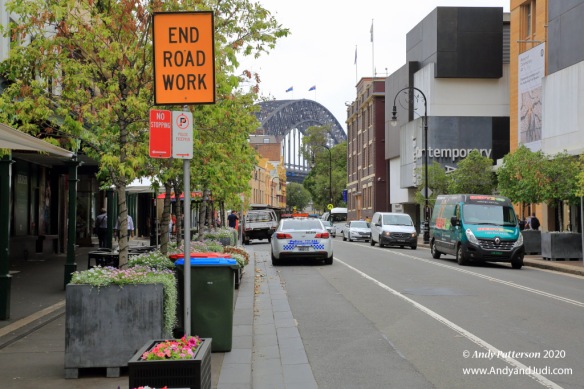 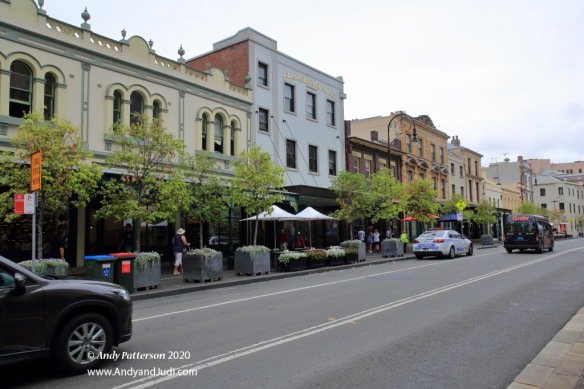 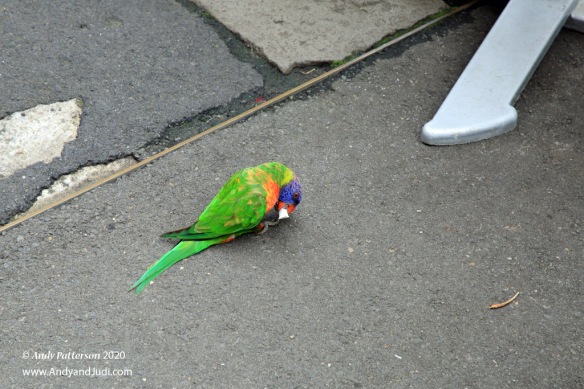 Rainbow Lorikeet with a straw wrapper

On reaching Argyll Street we turned left, heading up hill to the Endeavour Tap Room. 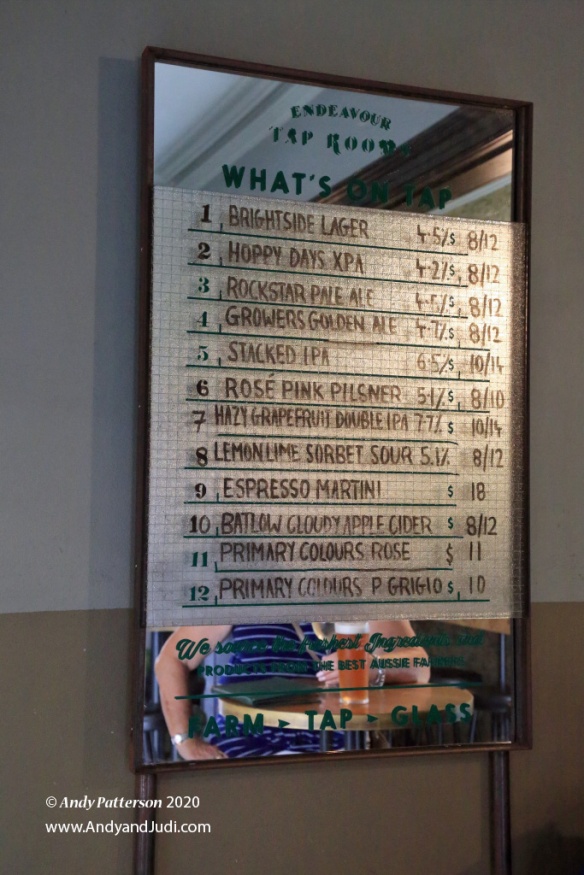 The first 3 are from guest breweries, while 4 to 8 are brewed on site. Since I can’t eat grapefruit, it meant I opted for another IPA. 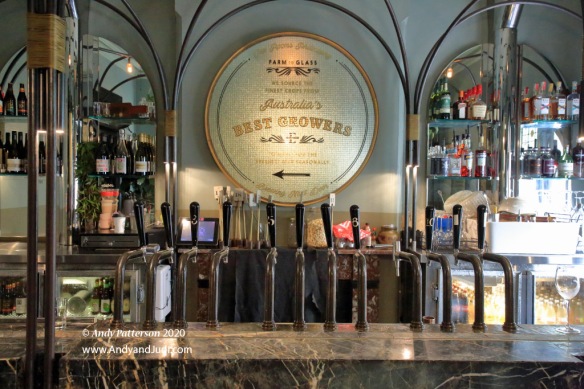 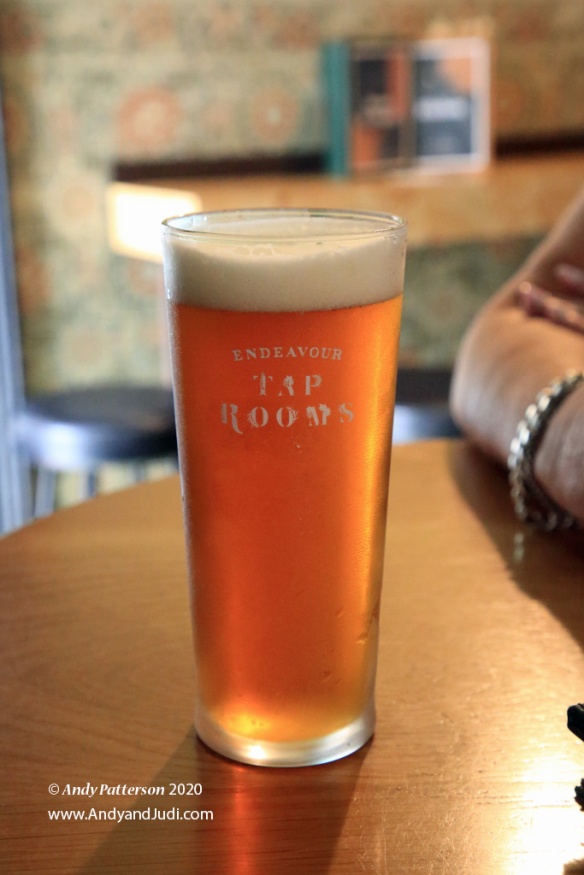 My perfect pint of IPA 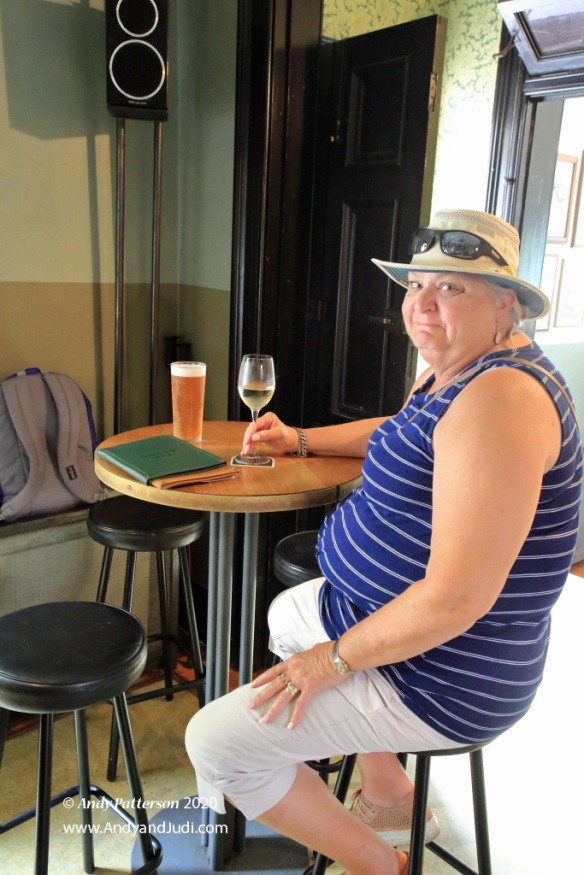 Judi enjoying a glass of wine 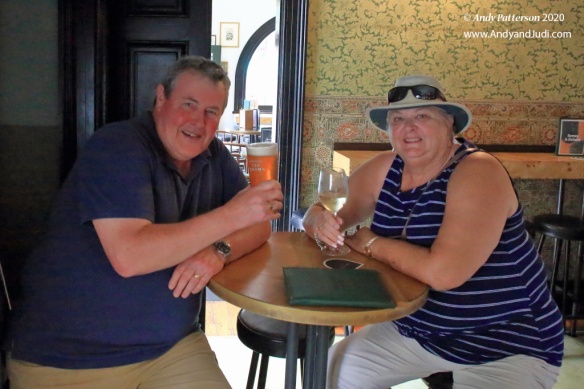 The walking tour in the Opera House and numerous flights of stairs had done in Judi’s back, so although I had planned lunch on the Glenmore’s rooftop patio, we called it a day, heading for the water shuttle.

Not bad timing, as it started raining just as we reached the shuttle and again at White Bay, as we approached the terminal. In addition to the Opera House tour, this was a great day ashore in Sydney.

Back aboard, we attended the Board of Trade sports (Pax Muster Drill) at 17:15, then headed up to the Pool area for the sailaway party. The pool deckhead was open, as they hoped to get a World Cruise photo departing Sydney. Unfortunately, the heavens opened and the pool deck was quickly soaked, before they got the deckhead closed.

For dinner, we sat with Ron and Alison, and a couple from the West Coast of Florida. They also had been aboard since L/A, but it was the first time we had met them. After dinner, we headed to our cabin, where Ron and I sampled the bottle of Port I brought aboard from our wine tour, and Judi and Alison enjoyed a Grand Marnier.

Yet again, another spectacular day aboard the magnificent Viking Sun.