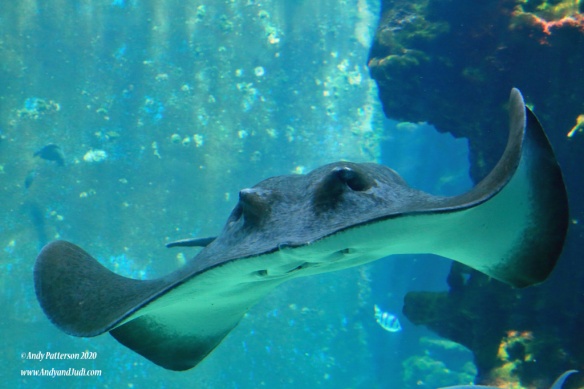 Departing Noumea at Noon, we enjoyed the best of both worlds, a 1/2 day in port followed by another relaxing 1/2 day at sea. The tour comprised a drive around town followed by a visit to the Aquarium, before returning to the ship 1/2 hr before all aboard.

Wind/Weather: Heavy rain until about 09:30, then clearing

Once clear of the harbour, we experienced E’ly winds of 20 to 25 kts. Partly cloudy skies.

With an early tour, we headed up to the World Cafe for a quick breakfast. On return to the ship, we ordered a quick lunch from Room Service – soup for me and Mac/Cheese for Judi.

Dinner was in the MDR at table # 151, which we shared with 2 couples from Florida. Valentine, the wine steward has a stash of IPA, so brought one over, after I had ordered a double Amber from Andrian, one of our Waiters.

Our new Head Waiter – Erald provided the menu briefing tonight, recommending the Prawns and Crab Fried Rice. Both sounded good, so that’s what I had.

Most enjoyable dinner with great conversation, which we finished with a glass of 6-grapes Port.

After a quick breakfast, we returned to the cabin to grab the camera and tour tickets, then headed to the gangway for today’s tour.

Departing the docks, we basically drove through town, using the reverse of the route we did on yesterday’s included tour. When we reached the lookout it was still raining and low cloud precluded any good photos. Therefore, Judi & I sat in the bus, as we saw it yesterday.

At the Aquarium, we were on our own to walk through. Many of the information boards were in English and French, but with just over an hour, we just didn’t have the time to read the information. The Aquarium portion was not guided, so we got to see the exhibits, but didn’t have much opportunity to learn about the fish. 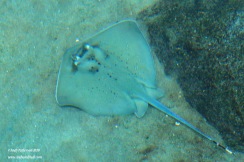 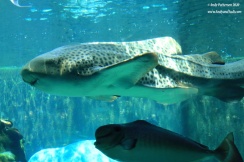 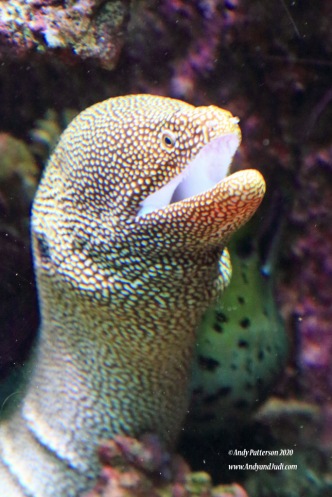 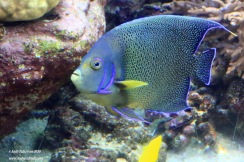 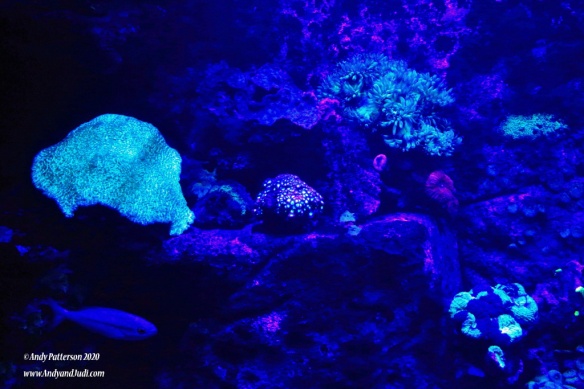 This room was totally dark, so I had to push the ISO to the max, hence reason the above photos is a little grainy.

Returning to the cabin, I started work on downloading today’s photos, but had intended to head up top to watch the Noon departure. At 11:55, Judi mentioned we were moving and sure enough, we were already outside the harbour. Everyone must have been aboard early. 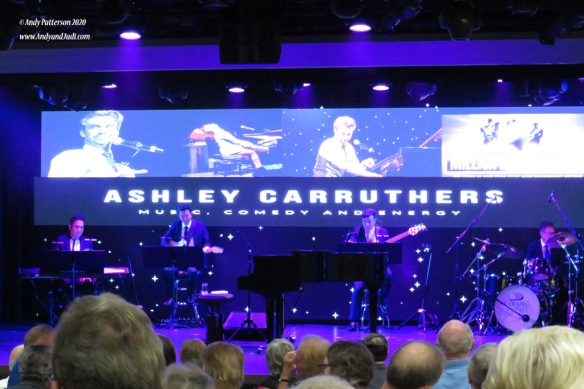 Departing the Theatre, we headed into Torshavn, meeting Alison and Ron, who we joined for a refreshment. We were then joined by Victoria, one of the young ladies travelling with her grandmother. Great music from the resident band and singers, which included a Carpenter’s song, which sounded just like Karen Carpenter. Ron and I enjoyed a port, then for a nightcap, I introduced him to Brandy Alexander – nice and smooth with a little kick, after a few.