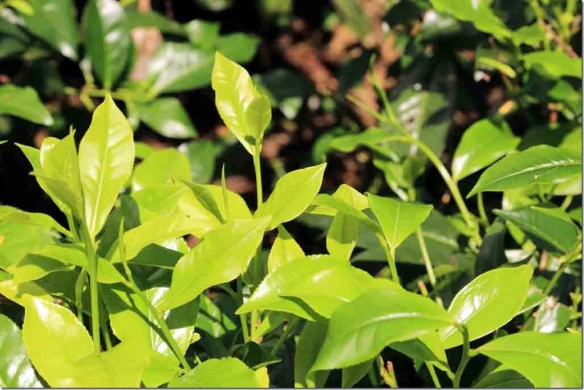 It’s Sunday, with an “Old Firm” match originally scheduled between my beloved Rangers and them from the East side of Glasgow. Unfortunately, the escalating virus has curtailed the entire English and Scottish Leagues, so no football scores to check, nor the opportunity to watch the highlights of another great Rangers victory.

Although the day started as another sea day, we docked in Colombo about 18:00, but only for bunkers and victuals, no shore leave for crew or pax. On the dock were a couple of army types with guns, not so much preventing us from going ashore, but mostly to prevent locals bringing this pesky virus aboard our healthy ship.

At 06:00 we were within sight of the south tip of the Sri Lanka Coast and from then steered various courses up the coast to the Colombo pilot station. At Noon, we had steamed 2,349 miles since departure Bali, with a mere 68 miles to the pilot station.

The day started with clear skies, but as we approach Colombo, it got progressively hazier, due to the pollution. Winds were light airs at about 5 kts.

After breakfast, we headed to the Living Room on Deck # 1, where the waiters are all amazing, trying hard to out do each other. Brilliant service.

I attended the 10:00 lecture from the exceptional presenter Col Coutts-Britton. A new subject matter for him, but it was delivered in his usual style. Explaining how the development of sugar plantations in the Caribbean drove the trade triangle between Europe, Africa and the Caribbean. I recall the Maritime Museum in Greenwich having similar content, but still very interesting and informative.

After lunch we headed down to the Infinity Pool at the aft end of Deck 7, spending an hour in the water and chatting to the group of us in the pool. Unfortunately, as we approached Colombo, the nice clear air we have grown accustomed to, was replaced with haze and pollution.

In the afternoon, I attended the Q/A with Robin Petch, followed by Beven’s Multi-Media Trivia. This was again 3 groups of 10 questions – photos of cities, general knowledge and name that TV program. We scored 19/30, with the winner on 22/30.

The Blankety Blanks Game Show was a first for Viking Cruises and was hilarious. Beven had 6 officers from the hotel dept

Beven invited a passenger on stage into the “Hot seat”. The passenger selected 1 of the 9 questions, which Beven read out. The questions always ended with, “Blankety Blank”. The officers all had a board and were given 30 secs to complete the question, by writing it on their individual boards, which remained hidden.

Each of the 3 participating passenger received 3 questions, so the game lasted for 9 rounds.

Since the local authorities do not wish to accept our contributions to the local economy, I have no new photos of Colombo, or the surrounding area. However, if interested, please select any of these links from a previous visit.