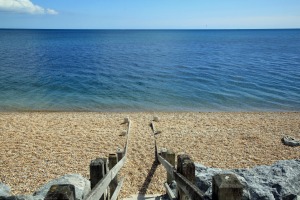 The forecast, for our last day in Devon, was nothing but sunshine, a perfect day to check out some of the amazing South Devon beaches. In addition, we expected to experience many of the infamous single track lanes, so prevalent in rural Devon.

After a quick breakfast we departed the condo, heading south on the A381 towards Totnes, where we transitioned to more rural roads, heading for the coast.

END_OF_DOCUMENT_TOKEN_TO_BE_REPLACED

During our first couple of days we toured the local coastline and Dartmoor, then on the Tuesday and Wednesday we enjoyed a small family reunion, meeting with a couple of Judi’s cousins. One lives a few miles away in Bovey Tracey, while the other is from Weston-Super-Mare. We all met at our condo for a re-union and dinner on Tuesday, then we headed to Bovey Tracey the following day.

Thursday we completed a round robin trip with the Dartmouth Steam Train and Riverboat Company, that included a steam train, river cruise and bus.

END_OF_DOCUMENT_TOKEN_TO_BE_REPLACED 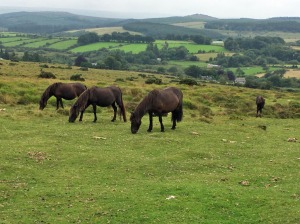 Growing up in UK, I had heard lots of stories about Dartmoor, the large area of somewhat desolate moorland in Southern Devon. It was famous for its wild ponies and craggy landscape, which I recall was used extensively for military and non-military survival training.

The moors contain UK’s largest area of granite, with much of Dartmoor covered in exposed granite peaks, known locally as “tors“. As we discovered, the area is also susceptible to abundant rainfall, resulting in extensive areas of bogs and peat. Granite and bogs, an interesting combination of 2 extremes.

Therefore, this was another area of UK, which I had not previously seen, that I was really looking forward to visiting.

END_OF_DOCUMENT_TOKEN_TO_BE_REPLACED

On our first day in Devon, we decided to check out the local coast between Teignmouth and Torquay, with both places being less than 10 miles from our condo. The forecast included sunny periods in the morning and early afternoon, changing to clouds and rain by late afternoon/early evening.

END_OF_DOCUMENT_TOKEN_TO_BE_REPLACED

Departing Henley-on-Thames we headed to Shaftesbury in Dorset, to spend a few days with a long time family friend, who visited us in Vancouver, many years ago, for our wedding. After many weeks of playing tourist and driving the length and breadth of UK, it was a very pleasant and relaxing few days.

However, one of the days we did head out for a drive, visiting a couple of local attractions, and enjoying both lunch and dinner at local restaurants.

END_OF_DOCUMENT_TOKEN_TO_BE_REPLACED

On our 2nd and final day in Henley, we decided to take the 20 mile drive to Windsor, visiting Runnymede for the location of the Magna Carta signing and the Air Forces Memorial. In addition, no visit to Windsor is complete without seeing Windsor Castle, another of Her Majesty’s Royal Palaces.

After a leisurely breakfast at the Barge Inn, I headed to the station for the car, then picked up Judi in front of the Inn. Departing about 09:30, we hoped to avoid the worst of Greater London’s gridlock traffic.

END_OF_DOCUMENT_TOKEN_TO_BE_REPLACED

Our first day in Henley-on Thames was a pleasant day, with partly cloudy skies and temperatures approaching more like summers norms. Based of the summer weather, to date, this was probably going to be our best day in Henley, so we elected to explore the town, and take a short cruise on the River Thames.

END_OF_DOCUMENT_TOKEN_TO_BE_REPLACED

Departing the Lake District, we headed over to the M6, turning south towards our next destination, Henley-on-Thames, home of the world famous Henley Regatta. Unfortunately the regatta was early July and we were visiting in August. During our 2 days in Henley, we planned to visit Windsor Castle & Runnymede, where the Magna Carta was signed, and take a cruise along the River Thames.

END_OF_DOCUMENT_TOKEN_TO_BE_REPLACED 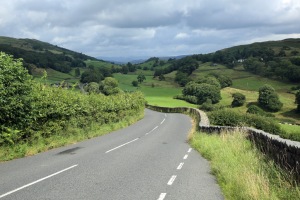 Similar to the previous week in Yorkshire, the weather for our week in the Lake District can best be described as dreadful. This somewhat limited our activities, so this post will cover a number of our trips. In addition to touring the Lake District, we also planned a trip down to Barrow-in-Furness, which is where SS Oriana was built. Oriana was the ship we first met, when Judi was a passenger and I was a lowly cadet.

END_OF_DOCUMENT_TOKEN_TO_BE_REPLACED

We arrived in Bowness-on-Windermere on a Saturday, spending the Sunday wandering through the town for a few hours, checking out the harbour, shops, cafes, bakery and possibly even the ice cream shop.

On the Monday, the forecast was early overcast, changing to sunny periods, which we thought was the perfect weather to spend a day exploring Lake Windermere, which at 10.5 miles is the longest lake in the Lake District. What better way to see the lake than spend a day with Windermere Lake Cruises, with Bowness being their major terminal.